Evangelicals have often been leery, if not hostile, to modern painting (and modern art in general)—especially if it fails to depict religious or realistically portrayed 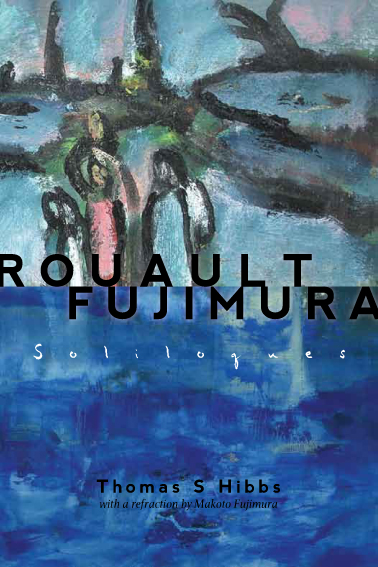 themes (such as those found in Norman Rockwell). Too often, Christians have settled for sentimental and downright kitschy paintings, such as those of the late Thomas Kinkade, “Painter of Light” as he was trademarked. Or, Christians may invoke modern painters as examples of cultural disarray, fragmentation, hedonism, or even nihilism. In many cases, these are apt judgments, as the work of Francis Schaeffer and Hans Rookmaaker have highlighted. However, neither man uniformly disapproved of modern art. (See particularly Rookmaaker, Art and the Death of a Culture [InterVarsity, 1970] and Art Needs No Justification [InterVarsity, 1977]; and Schaeffer, How Shall We Then Live? [Fleming, Revel, 1976]. Also worthwhile is the film series of the same name, now available on DVD.)

Both Schaeffer and Rookmaaker encouraged Christians to consider painting and other forms of artistic expression as a calling from God, the divine Artist. As musician and author Michael Card notes in his introduction to a reprinting of Schaeffer’s little gem, Art and the Bible (InterVarsity, 2006), many young Christians in the 1970s were inspired to pursue their artistic muse through Schaeffer’s lectures and writings. Schaeffer took a deeply humane and Christocentric view of art. He discerned that art revealed the inner lives and eternal culture of human beings, who were made in the image of God, despite their sin. As he wrote in A Christian Manifesto (Crossway, 1981), “Men are great, even in their sinning.” (Please ruminate on this concept for a long while.) This perspective caused him to ponder and reflect on the meaning of art in various cultures at various times. Schaeffer’s theology of culture was strongly Christocentric. All that is rooted in God’s good creation must be placed under “the Lordship of Christ,” including areas typically considered secular, such as art and politics, for humans are intrinsically culture-creators (see Genesis 1:26-28; Psalm 8).

A story makes this approach to art come to life. In the early 1970s, a young black man named Sylvester Jacobs came to study at L’Abri, a study center founded and run by Francis and Edith Schaeffer, which is still in existence. Jacobs was passionate about Christ, but was told by his Fundamentalist peers that his enchantment with photography was worldly and of the devil. He must, rather, spend all his time preaching and evangelizing. This left Jacobs hollow and confused—until he went to L’Abri in Switzerland. While there, the teachings of Schaeffer and then colleague Os Guinness convinced Jacobs that photography can be done for the glory of God. This realization changed Jacobs’s life for the better, and he became a professional photographer, and without putting aside his Christian convictions. For proof of Jacobs talents, see his book, Portrait of a Shelter, among others. For his story, read the autobiography, Born Black (Hodder, 1977).

But now to the book in question: Soliloquies, which is taken from an exhibition of the art of French painter, George Rouault (1871-1958), and the contemporary Japanese-American painter Makoto Fujimura. The paintings of each artist alternate throughout the book with text by philosopher Thomas Hibbs. The title was chosen not because the artists were caught up in excessive self-reference or egotism, but because their art-making required deep introspection, and internal dialogue on how to engage the external world through their paintings (7-13).

Rouault was a loyal Roman Catholic and Fujimura is a contemporary evangelical, who has worked with pastor and best-selling author Tim Keller at Redeemer Presbyterian Church in New York City. Fujimura offers a short “refraction” at the end of the booklet called, “George Rouault: The First Twentieth Century Artist,” wherein he considers Rouault’s uniqueness and his influence on Fujimura’s own work.

On the face it, this is an odd pairing of painters. Rouault was known as a figural painter, who mixed abstraction with depictions of human subjects (although he also painted landscapes, flowers, and so on). His work has the quality of a stained glass window and he often portrayed human beings in their deepest sorrows and absurdities. For example, he painted nude prostitutes (without eroticism), unhappy clowns, and pompous judges without wisdom; he painted old kings, weighed down with a lifetime of sorrow; he painted many scenes of the crucifixion and of human sorrow in its variegated forms. And yet, unlike so many twentieth century painters (such as Picasso at times), he never lost touch with the humanness and dignity of his subjects. If you pitied them, wept for them, or saw part of yourself in them (as I do), you knew that the humanity, however, debauched or sullied, was present and even radiant in its ineluctable radiance. This is because Rouault loved his subjects, and even saw Christ in them, “the least of these” (see Matthew 25:31-46). His pity led him to paint, not scoff, shrug, or ignore.

Fujimura, on the other hand, is not a figural painter, although he has painted some recognizable objects in his illustrated edition of the Gospels.  In fact, it is rather difficult to categorize him. Before we try, I should note it is rare that a self-consciously Christian painter achieves acceptance and even notoriety in the highly competitive secular art scene of New York City. Fujimura has done just that. While some—not hordes—of Christians appreciate his sometimes elusive work, he is not dependent on the acceptance or exclusive patronage of religious people for his living. This is an exemplary instance of following one’s calling into a daunting field of work without compromising one’s Christian conviction. Unlike so many other Christian artists (or pseudo-artists), Fujimura is not confined to an evangelical subculture or ghetto. He has earned the respect of his peers. But how so?

Fujimura combines the sensibilities of twentieth century abstraction with traditional Japanese artists’ techniques, which involve the use a variety of metal substancees besides paint. One is strained to identify actual objects in his paintings, yet they fascinate with their incandescent mystery. But the question then arises, “What do these paintings mean?” The titles sometimes help, but one still wonders. Surely, a painting need not strictly mirror something in the external world. Paintings are objects in and of themselves, and they are not photographs (even photographs are not merely representations). Painter Georgia O’Keeffe went so far as to say that “There is nothing less real than realism.” Every painting involves the subjectivity of the artist. If not, why paint at all? Yet when the subject matter seems to fade away or blur into pure nonrepresentationalism, one wonders how to know what the painting is supposed to communicate. It may evoke a feeling, as Fujimura’s paintings often do, but how can that feeling be explained or articulated? Or are we merely guessing (at best)? This could be called the question of “aesthetic epistemology,” as Denver Seminary graduate Sarah Geis puts it. But few even consider this philosophical question, it seems, and thus effortlessly fall into emotivism, which snuffs out all discourse.

I have not settled these vexing queries. While I am drawn to Rouault like lead to a magnet because of his content (his representation of suffering in particular), I do not know in specific concepts why I am drawn to Fujimura. I appreciate (and even marvel at) the difficulty and inventiveness of his technique and the uniqueness of his synthesis of traditional Japanese painting and Western abstractionism. He is unique, easily recognizable (if you have studied his work) and well-established in the art world. Moreover, unlike so many twentieth century artists, his reason for being is not mere self-expression, or, at its worste, solipsism. As he writes in the book:

The main cause of this [aesthetic corruption in the twentieth century], or the pollution in the aesthetic river of culture is self-aggrandizement and a type of embezzlement made in the name of advancing the creative arts. . . . We pollute the landscape with irresponsible expressions in the name of progress and call them freedom of speech (12).

Or, as E.H. Gombrich observes in his classic Story of Art, “self-expression became the motive for art only after it has lost all other purposes.” If so, the meaningless self becomes a strident surd in an absurd world. The self can only bear so much of itself before it implodes, sucking others into its consumptive and voracious abyss. “Mere anarchy is loosed upon the world,” as the poet Yeats said in “The Second Coming.”

But neither Rouault nor Fujimura are anarchists or self-aggrandizing. They have, rather, presented their aesthetics gifts, however different, to the world for our enjoyment and contemplation. This should stir our interests and provoke attention and appreciation. Let evangelicals reclaim art, in all its legitimate forms, under the Lordship of Christ.