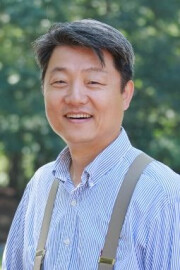 Joseph is an ordained Elder in the United Methodist Church and a Spiritual Director. Beginning in 2000, Rev. Kim has pastored churches for both Korean and English speaking congregations in America. In addition to pastoring, Joseph is currently serving as the Co-Director of Spiritual Formation at Duke Divinity Neighborhood Seminary for lay leaders.

In preparation for entering the CEC process, Chaplain Kim completed 10.5 units of CPE: One unit through a Denver Seminary contracted ACPE Center and supervisor, 8.5 units during two residencies of CPE at Emory Hospital and a final hybrid unit through the guidance of the United Methodist Church “General Board of Higher Education. Joseph began his Certified Education Candidate instruction through the Denver Seminary CPE Center in Spring 2019. He has a passion for the CPE process’s transformational impact on seminarians and clergy.