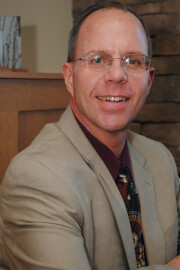 Dr. Ron Welch joined the faculty of Denver Seminary in 2008 as associate professor of counseling. He earned the PsyD and MA in Clinical Psychology from Central Michigan University. He has worked in the field of clinical psychology for over 20 years, has been a licensed clinical psychologist since 1997, and holds a diplomate in professional counseling.

He began his post-doctoral career in the Federal Bureau of Prisons, where he worked for seven years as a clinical psychologist. Prior to joining Denver Seminary, he was the chair of the Psychology Department at Colorado Christian University and taught at Crichton College. Dr. Welch had maintained a private practice specializing in marriage and family work since 2004 before opening his Transformational Marriage™ practice in 2012.

Dr. Welch is the author of the books 10 Choices Successful Couples Make: The Secret to Love that Lasts a Lifetime and The Controlling Husband – What Every Woman Needs To Know. He speaks both locally and nationally on issues related to power and control in marriage. He is the author of several articles and book chapters and has presented at numerous professional conferences. He has been married for nearly 30 years to his wife, Jan, has two wonderful sons, is active in international missions work, and enjoys coaching youth sports.

Areas of Academic Interest and Research

Dr. Welch’s primary speaking and writing interest is in power and control in marriage. However, he is also interested in men’s issues, the development of spiritual maturity, social models of friendship attachment, the interaction of hope and attachment with religious behaviors, and relationship satisfaction.

Listen to Dr. Ron Welch on Engage360
Back to Directory