For Calvinism, Against Calvinism 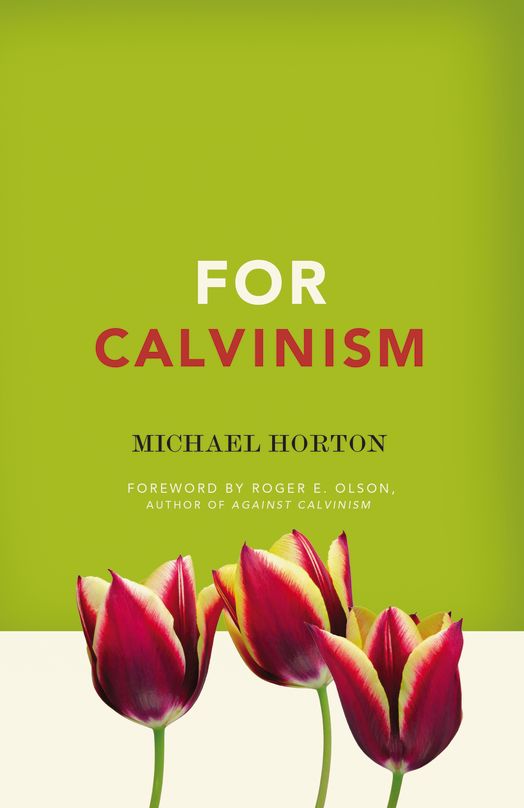 Two ships passing in the night? That would not be entirely fair. Two theologians passionately convinced of the correctness of their own positions? That’s right on the money. In addition, we see two examples of the methods these premier evangelical systematic theologians use to ply their craft, and what results, at least for one doctrinal controversy, when systematic theologians present and defend their case. These are major virtues of these side-by-side books, whether or not one or the other convinces readers. My suspicion is that convinced Calvinists will be more confirmed in their views by Horton, and Arminians will become even more convinced of the errors of Calvinism by Olson. But all readers will see the issues at stake and with an open mind may move one way or the other. 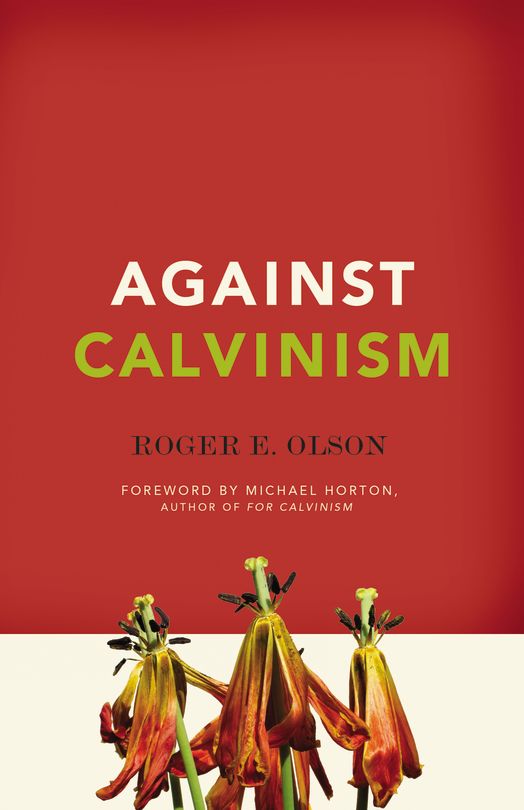 The books are set up to defend or refute a theological system named after the sixteenth century reformer John Calvin. Though, as Horton reminds readers, “Calvinists” are not happy with this label; it is what it is. For his part, Olson expresses his chagrin at having to write a polemic against something. Horton teaches systematic theology and apologetics at the California campus of Westminster Seminary. He presents himself as a former typical evangelical who gradually came to see the virtues of what he calls the “doctrines of grace.” Olson teaches theology at Truett Seminary, Baylor University, in Texas. Horton is a Presbyterian while Olson is a Baptist. The recent rise of the “new Calvinism” (Time magazine, May 12, 2009; see also Collin Hansen, Young, Restless, Reformed: A Journalist’s Journey with the New Calvinists, 2008) provides the impetus for these opposing volumes.

Readers would be wise to read both of these books for the clarity they contribute to the issues. The famous, though admittedly inadequate, acronym T-U-L-I-P for Calvinism’s belief system becomes a loose organizing outline for both books. For any who have been asleep for the last hundred years or so, the so-called five points (a summary of the conclusions of the Synod of Dort—1618-1619) of Calvinism are Total depravity, Unconditional election, Limited atonement, Irresistible grace, and Perseverance of the saints. Olson attacks Calvinism using these well-known tenets. For more precision Horton prefers “particular redemption” and “effectual grace” in place of the “L” and “I” in the acronym.

Horton strives to show readers how pervasive over the centuries have been these “doctrines of grace.” He regularly cites various groups and luminaries who have espoused these positions—including various Reformed churches, the Church of England, Baptists, and Lutherans, while admitting that at various points there were exceptions. On this same front, Olson show that Calvinists have no corner on the label “reformed,” and denominational or associational labels do not guarantee theological commitments. After all, there are “freewill” and “general” Baptists, while sometimes Lutherans are viewed as distinct from the reformed. We should leave labels aside and look for biblical support and logical consistency.

Since “Calvinism” forms the terms of the debate, both authors liberally cite proponents to present what they see as the tenets, and, for Olson, also the errors, of Calvinism. Readers can’t fault Olson for failure to engage with actual Calvinists—including Calvin himself and Calvinist documents such as the Synod of Dort or the Westminster Confession of Faith. In fact, recent Calvinists (e.g., A.H. Strong, L. Boettner,  A. Hoekema, Edwin Palmer, R.C. Sproul, J. Piper, M. Erickson, and J. Frame) feature prominently in his presentation all the way through. Often in so doing, Olson shows how much Calvinists differ among themselves, and how often they depart from Calvin himself, e.g., on the issue of limited atonement. Both authors would agree that Calvin would not recognize some who call themselves Calvinists!

Horton seeks to walk a fine line in his defense of the “doctrines of grace,” for he opposes what he sees as the current semi-pelagian state of contemporary evangelicals—though they may espouse some of the petals of the TULIP. He also takes issue with inconsistent Calvinists who wish to eliminate or soften some of the more objectionable (to them) tenets (e.g., limited or particular atonement) becoming “Calminians” in the process (a category that Olson also vehemently rejects as irrational). Horton likewise wants to avoid what he sees as the excesses of the hyper-Calvinists who he believes are responsible for many of the misconceptions and false caricatures people have of all Calvinists. Even Horton’s effort to replace “irresistible grace” with “effectual grace” is his attempt to avoid making grace appear coercive. Yet Olson asks, if only some are effectually called and the non-elect cannot or will not exercise faith, is grace not coercive in some sense, as uncomfortable as the term may be?

For his part, Olson repudiates the Calvinists’ usurpation of the phrase “doctrines of grace” to characterize their position. It’s a doctrine of grace only if a person happens to be one of God’s elect! Do we normally use the language of love and grace, when it is restricted to a limited number of the underserved—especially when there are no discernible reasons why God would limit his love and grace? As a result, one of Olson’s strongest objections to Calvinism turns on the view of God that emerges, in his opinion. Jesus instructs his followers to love their enemies, but, apparently, God does not when he passes by some sinners he could save but instead leaves them to their well-deserved fate, Hell. And this is foreordained for God’s glory, Olson asks. And can God be sovereign over all the details of life and not be responsible for sin?

On points such as this, Horton frankly admits “mystery,” a category that includes, he avers, many theological conundrums: one God in three persons, a divine-human Jesus, and divine sovereignty and human freedom. In Horton’s words, “Calvinism recognizes the paradox that lies at the heart of every great doctrine of the faith” (p. 35). When Calvinism appears to defy logic, expect paradox. Olson is not convinced when he discovers what he sees as direct contradictions in the Calvinist position.

In his support of Calvinism Horton responds to the most prominent objections to its worldview, showing its true glory if properly understood. He explains the implications of Calvinism for living the Christian life—it’s against both antinomianism and legalism. He also uses history to reject false views of Calvinism. For example, he devotes a chapter to the contributions of Calvinists to world missions (countering the view of some that Calvinists don’t do missions since they believe that it’s God’s responsibility to save the elect). Intriguingly, he ends the book with a SWOT analysis of Calvinism as it stands today. Its intellectual boldness is its strength while pride and smugness might be among its weaknesses. Doctrine can be cold and lifeless, and he calls his fellow Calvinists to “glorify God and enjoy him forever.” Now an opportunity exists to replace a calcified church with a dynamic movement, even a new reformation, given the revived interest in the “doctrines of grace.”

Finally, both writers attempt to support their viewpoints from Scripture. Here’s where the exegete in me raised ongoing questions, more so of Horton whose task is to establish Calvinism in the face of its detractors. Too often, I found him prooftexting or selecting texts out of context to support his views. Space permits only two examples. Horton cites Jesus’ words, “No one can come to me unless the Father who sent me draws them” (John 6:44) to confirm an effectual call, without any apparent awareness of Jesus’ use of the same verb “draw” six chapter later: “And I, when I am lifted up from the earth, will draw all people to myself” (12:32 NIV). In another example, Horton seeks to define “foreknow” (in Romans 8:29) by an appeal to “Adam ‘knew’ Eve” (Gen. 4:1; plus uses of the English word “know” in Jer. 1:5 and Amos 3:2). My students will rise up in unison shouting “word study fallacy.” Perhaps it’s the theologians’ bent to establish theology more by its proponents and contributors through the centuries than by careful exegeses of the biblical texts.

As I said above, I recommend that any seeking to find their way through this particular theological maze read both of these books. Among current writers, Horton presents, in my view, the most well-informed, irenic defense of high federal Calvinism. He is consistent in his defense, both historically and philosophically. He calls it as he sees it, and appeals to readers to embrace the truth as he has come to understand it. He readily admits that some of his Calvinist colleagues do not treat Arminians fairly, even to the point of questioning their salvation. Horton rejects this. Likewise Olson represents one of the most articulate Arminian theologians writing today, one who frankly embraces Calvinists as his fellow Christians despite his grave misgivings about their theological system. It is a credit to both authors, and to Zondervan, that each wrote the “foreword” to the other’s book.