If God, Why Evil?: A New Way to Think About the Question 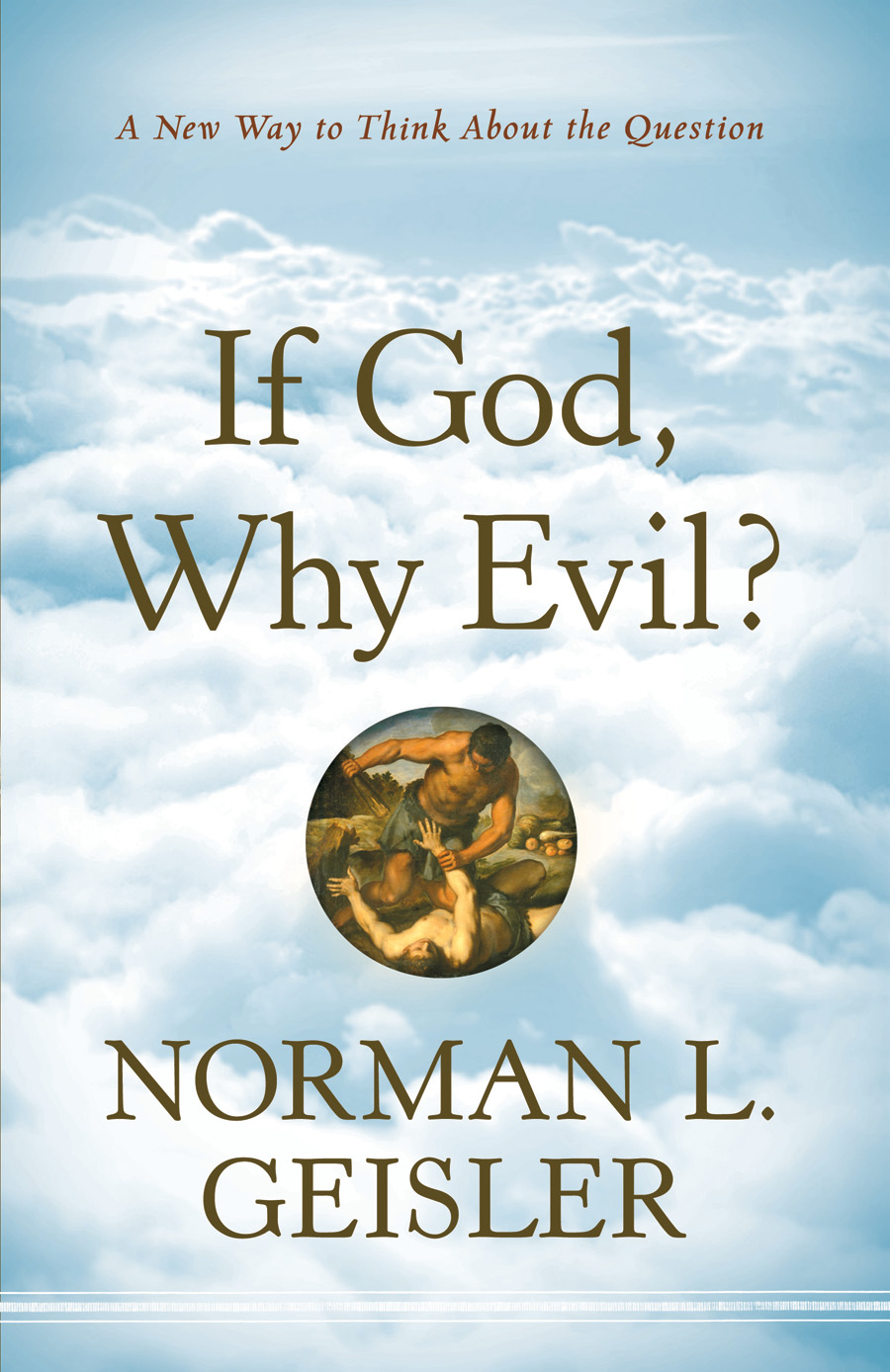 One of the most difficult questions a Christian can encounter is how suffering and evil can be reconciled with the existence of an all-good and all-powerful God? In his book If God, Why Evil? Christian apologist and philosopher Norman Geisler confronts that and many other related questions. The subtitle of the book is “a new way to think about the question.” What is new about this book is that it deals with the problem of evil in a way that is clear, concise, comprehensive, biblically correct, and comforting (10). A few weeks ago, for example, I bought a more-recently published book on the problem of evil that is twice as long as If God, Why Evil? That book made me appreciate Geisler’s book because it is just as comprehensive as the other book, but more concise and more tightly reasoned.

Geisler can’t be accused of building straw man questions in order to make them easier to answer. The questions alone are one of the more valuable aspects of this book. Here’s a sample:

As each question comes up, it’s a good exercise to answer the questions for oneself before reading how Geisler answers them.

In each chapter Geisler typically cites a question, and then puts it in the form of an argument. For example, he asks, “If everything God made was good, then how can evil be real? Or, if evil is real, then how can God not have created it?” Then he restates the question or questions in a propositional form:

In regard to the argument above, he attacks the second premise: “Evil is something.” He says that evil is not a “thing” in the sense of being a “substance” (meaning “a thing in itself”). Instead, “Evil is a real lack, privation, or corruption of a good thing. That is, evil does not exist in itself: evil exists only in a thing or substance—and all things God made are good” (19, italics in original). The most important word in that statement is “in.” Evil exists in a thing or substance but does not possess its own substance or thingness. Geisler gives rust as an example:

You might be asking yourself how it is that rust does not possess substance or thingness but is, at the same time, real? After all, you can touch rust; it’s real enough to corrode your car. Geisler answers that question by saying that, just as blindness or a missing limb are real, they are not things in themselves. They are the lack of how things are supposed to be (20-21).

Geisler is not only logical, he’s also comprehensive in that he covers the problem of evil from every angle: evil’s nature, origin, persistence, purpose, and avoidability. He also has chapters on the problem of physical evil and of eternal evil. For those not familiar with the term “avoidability” in regard to evil, that word has to do with why God created the world even though He knew humanity would fall and that evil and suffering would result. Wouldn’t a non-existent world be morally better than a world with suffering? Geisler’s answer is, “Comparisons like better than can only be made where both things have something in common to compare,” but “nothing is nothing, and something and nothing don’t have anything in common” (59, italics in original). That answer, though, leads to the question about whether God was morally justified in creating a world that would eventually contain evil and suffering. That question, in turn, raises the question about the purpose of evil. And that question brings up the matter of eternal punishment. All the questions are related; they lead into each other. That’s one reason it’s good to have a concise book on the problem of evil—you can see how not only the questions but also the answers are related.

Another strength of this book is that Geisler writes about the problem of evil—an emotional issue for many—with sensitivity. Suffering is not merely an abstract, intellectual topic for Geisler. He’s experienced grief himself in that he has lost his father, mother, sister, and daughter (9). That’s not to say, though, that If God, Why Evil? is a counseling book; instead, it’s a book that addresses the doubts of those who are questioning God’s existence or goodness because of suffering and evil. For the unbeliever, Geisler provides a short apologetic for God’s existence in Appendix Two (“Evidence for the Existence of God”). This section is good because it’s not so long that it’s overwhelming but, as with the rest of the book, it’s concise, thorough, and thought-provoking. He also has an appendix in which he brings clarity to the theological confusion in The Shack, a popular novel that deals with a father’s loss of a daughter to murder.

Through If God, Why Evil? Geisler makes a valuable contribution to the body of literature dealing with the problem of evil. His arguments are clearly written along with being biblically and logically based. He confronts the tough issues of God and evil with boldness and sensitivity. Plus, the book is comprehensive but not too long. Finally, it’s a book that you can feel comfortable giving to an unbelieving friend because it will present him or her with a well-reasoned approach to this thorny subject.