Neither Complementarian nor Egalitarian: A Kingdom Corrective to the Evangelical Gender Debate 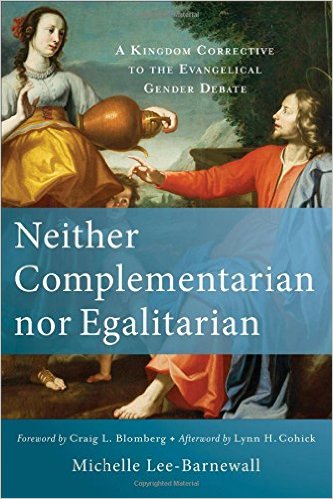 I must confess that I picked up this book with a sigh. I anticipated yet another book that would either fuel my own personal position or leave me feeling ashamed and beat up. So many books have been written about the gender debate, I wondered how this book might offer a fresh contribution.  I was pleasantly rewarded.

The forward written by Dr. Craig Blomberg prepares the reader by offering a concise historical context of the debate. Most will find themselves identifying with one of the two schools of thought in the gender debate – complementarian or egalitarian. Yet from the first pages of the book the concept of a third position is suggested. For those of us who feel the discomfort in the extremes of the two stark schools of thought, the idea of an alternative is attractive.  Neither Complementarian nor Egalitarian offers that alternative. However, it comes with a cost.

At the beginning of the book, the author asks the reader for permission to suspend practical questions such as “Can women be elders?” “Can women teach men?” and “Do men make the final decisions in marriage?”  It is not her intention to provide answers to these questions in this book. She argues, “if we present them as our starting point, we take a shortcut that cause us to miss the larger picture and perhaps do more harm in the long run. Not many people would say that Christian spirituality is defined simply by conformity to external rules, and the same is true in a theology of gender” (p. 13). Rather than focusing on authority, rights and equity, the author addresses the bigger picture kingdom issues of unity, inclusivity and service.

The book is divided into two parts. Part one rehearses the historic perspective of women by the evangelical community. Three particular topics are discussed in that rehearsal. First, women have been leaders in the area of social reform both in society at large and in the missionary movement in the church as well. For reasons articulated by the author, women have been recognized and empowered to lead in areas of social reform.

Second, the end of WWII had a profound influence on the role of women and the value of the home. Men returned from military service reassuming the work positions that had been filled by women during the war. The value of marriage, family and home was emphasized. I found it fascinating to read that in the 1950s, less than ten percent of Americans believed that someone who was not married could be happy! I found myself cringing as I read some of the historic quotes regarding women by leading evangelicals made during the 1950s. For example, women should not lead in any way in public worship. The television sitcoms of the 1950s family reflected the value of the home and women at that time.

Third, the author discusses the women’s rights movement of the 60s and 70s.  The focus on cultural patriarchy confronted evangelical leaders. The unfairness of the church that limited ministry opportunities for women was increasingly perceived as unfair and inequitable, and seen as a denial to women to pursue their full personhood in Christ. The cultural values of equal rights for women have had a profound impact on the way evangelicals speak about gender. Part one is worth the price of the book.

Part two investigates the biblical perspective of the gender debate.  Intentionally avoiding a deep exegesis of all the classic biblical texts addressing women, the author focuses on the bigger-picture themes of unity, inclusivity and service. In these last five chapters Barnewall discusses Kingdom themes, women in ministry and women in marriage.

The Bible is filled with the theme of reversal. The first will be last. The younger will serve the older. The first-born is passed by in favor of another. The greatest is the servant. The point made is that both male and female leaders must first be servants. Equity is not the point. Being a servant is greater than any role or title.

The last four chapters begin to focus on the practical implementation of these themes in ministry and marriage. Unfortunately, these are the weakest part of the book. The author warned that she would not provide answers to the practical questions mentioned earlier. That became disappointing as I finished the book. Although Barnewall did a fine job of discussing the concept of headship (Eph 5) and the order of creation (Gen 1-3), she never fully applied this new alternative approach to the sticky issues of women’s role in ministry or marriage. Be humble. Be a servant. Strive for unity and relationship. Although these are wonderful challenges for all leadership (male or female), the latter portion of this book reads more like a book on Christ-like discipleship than a viable perspective on gender that can actually answer the practical questions she avoids.

This book is valuable to gain a deeper understanding of the historical context of the gender debate, and the Kingdom themes discussed move the gender debate out of the myopia of most conversations about leadership. I would recommend the book for those reasons alone. That was my reward. However, if you seek a book that clarifies a new position beyond compelmentatiranism and egalitarianism, that will be able to answer practical questions about the role of women in ministry, Neither Complementarian nor Egalitarian will not satisfy.