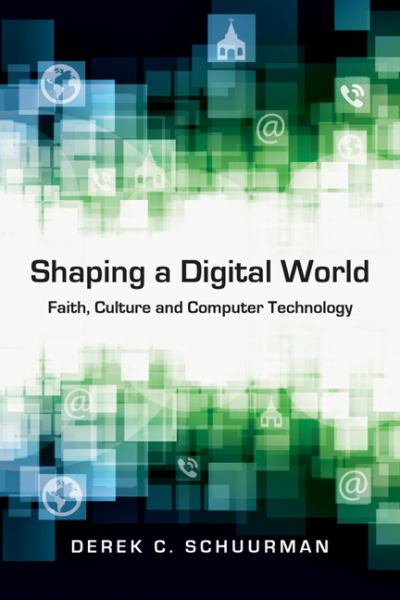 During a recent trip, I settled into my rental car and began to try to fathom the computer-dense dashboard, which was overstuffed with controls. Few of these were adequately identified as to their function. Immediately, I knew that the handsome, black, and shiny Ford Escape (from which I could not escape for nine days) was “smarter” than I was. It was the tall, dark stranger I would fail to befriend. Only on the last day did I realize that the temperature controls were calibrated for each front seat. For nine days, I was fussing with the right side, while my driver’s side remained the same. No manual was in the glove box; maybe it was “in” the (black box) touchscreen. This philosopher was out-smarted by an unthinking set of connected computers.

The purpose of automobiles and their computers is to make conveyance easier, faster, and more comfortable. However, when the on-board computer becomes opaque or unworkable, this slows conveyance and heightens frustration. My old computer-less AMC Gremlin was far easier to operate than most computer-loaded vehicles. This should raise questions about the place of technology in our lives and what a biblical response to these machines in our midst should be.

It is rare to find a short work on the nature of technology that is, at once, well-written, wisely-documented, philosophically astute, and steeped in Scripture. While several noteworthy books on the philosophy of technology have appeared in fairly recent years—such as Quentin Schultz, Habits of the High-Tech Heart (Eerdmans, 2002), Nicholas Carr, The Shallows (W. W. Norton, 2011), Sherry Turkle, Alone Together (Basic Books, 2011),  Tim Challies, The Next Thing (2011)—this work occupies its own felicitous category for several reasons. First, Mr. Schuurman is a practitioner—a computer scientist. Most books written by technical experts are theologically thin or secular; instrumental, not interpretational; and naively optimistic, and not realistic about the cultural and personal effects of the technologies they attempt to master. Second, this is the first book on this (often vexing topic) that omits nothing of significance and treats every relevant question pertaining to the nature, function, direction, limits, and promise of technology. This analysis is neither dry, nor jocular (the curse of so much contemporary writing, even on serious topics); neither pedantic, nor cursory; neither long-winded nor short-sighted.

Schuurman writes from the rich and full-bodied tradition of Dutch Calvinism, stemming from John Calvin and manifest prominently in two Dutchman, the polymathic Abraham Kuyper (author of the seminal, Lectures on Calvinism) and the prolific philosopher, Herman Dooyeweerd (author of the multi-volume work, A New Critique of Critical Thought). One finds in this work many good Dutch names (but not only Dutch names), all of which contribute biblical, theological, philosophical, political, and cultural understanding. While this orientation to thought and culture can become ponderous and arcane (particularly on Dooyeweerd’s “model spheres”), Schuurman avoids any unnecessary technicalities and directs the reader to thoughtful and more accessible materials in the footnotes. His one presentation is pertinent and understandable to the initiated. Before I address the subject of the book proper, let us exult in a few of the strengths of his conservative Protestant tradition.

First, it is grounded in the deepest themes of the biblical story: creation, fall, and redemption. Any area of human life under the sun needs to be seen through this tri-focal lens. Nothing is morally or theologically neutral. Nor can we isolate one theme of this triad against any other one or two. Pertaining to technology, Schuurman argues that it does not owe its origin to the fall of man and nature into sin (contra Jacques Ellul). Rather, our technological vocation traces back to the creation mandate (Genesis 1:26-28; Psalm 8), to develop and cultivate nature according to God’s will, command, and guidance.

Second, the Dutch Reformed outlook is well rooted in the idea of Christianity and other philosophies as worldviews, or systems of thought about the things that matter most (technically: metaphysics, epistemology, and axiology). Christianity is a unified and philosophically rich account of being. It thus behooves Christians to own their religion as a comprehensive explanation of reality. This perspective has had a popular but thoughtful effect through the teachings of Francis Schaeffer and James Sire, to name just two salient figures of twentieth century Evangelicalism. (For more detail on the nature and development of the idea of a worldview, see David K. Nagel, Worldview: The History of a Concept [Eerdmans, 2002].)

Third, the Dutch Calvinist tradition has never blanched at studying and responding to all facets of human culture—areas that other Christians often ignore or treat superficially. Kuyper’s famous statement, quoted by Schuurman, crystalizes this reasonable passion: “There is not a thumb’s width of creation over which Christ does not say, ‘mine.’” One can consult an entire book called The Calvinist Concept of Culture, by Henry Van Til, since that tradition has been so involved in this intellectual enterprise. For many years, Richard Mouw has reflected on cultural themes from this vantage point in his concise but compelling works, such as When the Kings Come Marching in. Given this pedigree and patrimony, any writer in this tradition has a rich vein of knowledge on which to draw.

Fourth, Dutch Calvinists, deeply shaped by Kuyper, advance and apply the doctrine of common grace to great effect. Common grace means that God displays his grace in ways other than individual redemption. A woman may be unregenerate, but will contribute to the goodness of culture and the development of the human project. As such she serves, by divine design, the outgrowth of God’s Kingdom, although she is not part of God’s church. The philosophical principles beneath this liberating perspective is that “all truth is God’s truth,” the title of a sterling book by the late philosopher, Arthur Holmes (Eerdmans, 1977). Christians need not fear non-Christian learning or their cultural contributions. Instead, they should be rigorous scavengers for common grace—extracting wisdom that can, by Christian insight, be brought back where it belongs in a fully-orbed Christian world-and-life-view. Now on to the structure of the work.

Unlike so many critics, Schuurman argues that technologies are not neutral tools that only acquire value as they are employed by human beings, who are a maddening moral mixture. By drawing from Marshall McLuhan, Neil Postman, and others, Schuurman writes convincingly that each technology shapes its content given its structure. Therefore, whatever content is conveyed is not placed in a neutral form. According to McLuhan’s hyperbole, “The medium is the message.” Without this crucial insight, all technological analysis will go awry, in one way or another. The first chapter of Carl F. H. Henry’s masterful six-volume set, God, Revelation, and Authority (1976-83) begins with “The Crisis of Truth and Word,” which places the rest of this encyclopedic work into the context of modern media and their effects on the meaning of works and the nature of truth. However, Henry avoids exegeting television and radio as to their inherent meaning-shaping qualities, whatever the content may be. As such, he simply urges for more Christian presence in these media to counter the godless perspectives that now rule (circa 1975). But that strategy only addresses part of the problem: underrepresentation. But achieving a larger Christian presence in the most significant media—which today include the Internet generally, and social media in particular—will not alter the nature of the media in question. For example, one cannot write systematic theology on Twitter. Neither can one receive the Eucharist as an avatar in St. Pixels (a virtual church). Nor can a pastor be a real shepherd if he only appears on a large screen in a church instead of being there. One can go on, unhappily.

Schuurman illuminates the important ways that secular writers on technology go radically wrong by not understanding the basic structure of reality. He explains Dooyeweerd’s hierarchical and modal view of reality, chart included.  Simply put, the higher dimensions of being, such as purpose, norms, and faith cannot be reduced to or explained by the lower dimensions such as space, matter, or movement. To do so is the sin of technicism, the claim that all of reality is mechanical and numerical and should be addressed and manipulated as such. This is a form of idolatry. Technology is the only way to address any problem, since the essence of reality is mechanical and unguided by any normative and objective meaning. The reader must study this account in more depth, since I cannot capture it sufficiently here. Suffice to say that Schuurman uses this scheme effectively in revealing how a humanistic account of reality and of technology produces a disharmonious and fragmented view of technology in relation to people, culture, and God. As Scripture warns, “They worshiped their idols, which became a snare to them” (Psalm 106:36; see 1 John 5:21).

Schuurman offers “eight normative principles for technology, which emanate from his deeply Christian vision. Each deserves careful reading and sustained reflection, but I will describe them briefly.

Shaping the Digital World is recommended enthusiastically for any thinking person, but it is especially important for those who work in and teach about technology. The “Discussion Questions” help enable its use in the classroom or in small group settings. Although it is not a work of Christian apologetics per se, its careful articulation of a biblical view of technology lends considerable credence to Christianity as a world-and-life system (in noble Kuyperian fashion). Given its many virtues, I will be using this gem as a required text the next time I teach Christian Ethics and Modern Culture” at Denver Seminary.