The Crucified King: Atonement and Kingdom in Biblical and Systematic Theology 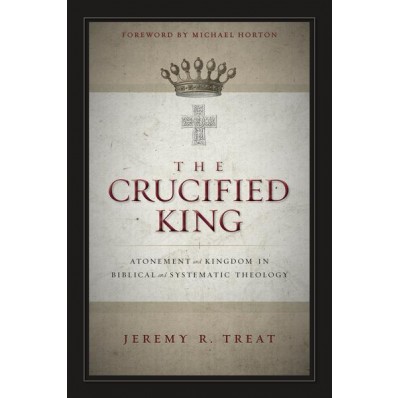 In his meticulous research and the academic work that transcends culture and race, Treat addresses “the problem of the separation of the kingdom and the cross in the church as well as the academy,” p.25. Being a person of African origin, I found this book to be very enriching to my intellectuals pursuits and spiritual life. When bible scholars make the Scripture speak to your context; it is just like a breath of fresh air.

Treat gives six reasons for the separation of the cross and the kingdom. First, and most important, the wedge driven between kingdom and the cross is largely the result of reactionary debates between those who emphasize the kingdom and those who focus on the cross. Second, the fragmentation of Scripture that has occurred since the Enlightenment has contributed greatly to the severance of the kingdom and cross. If the Bible is not a unified whole, then there is no need to integrate the seemingly incompatible ideas that God reigns and the Son of God dies. Third, the kingdom—cross divide is widened by the “ugly ditch” between biblical studies and systematic theology. Fourth, kingdom and cross have not been integrated because the Gospels (the place in the canon where the kingdom theme is most explicit) have largely been withheld as a source for theology. Fifth, kingdom and cross have been difficult to relate because of the over-systematization of certain doctrines, such as the states and offices of Christ. Sixth, …if one has a mistaken view of the kingdom or the cross respectively, then properly relating the two will be impossible (pp. 26-28).

In chapter one, Treat underscores the unity of the Scripture as one grand story of redemption, for the coming of God’s kingdom and the crucifixion of his Son both transpire within the same overarching story of redemptive history. While part of the same story, kingdom and cross clearly play different roles. The kingdom is telic—oriented to the end-time hope that God will put all things right by reigning on earth as he does in heaven. The cross is central, in that all history moves toward it and unfolds from it (p. 53).

In chapter two, The Suffering Servant and His Kindom Context in Isaiah is covered. Treat believes that “The rediscovered unity of the book of Isaiah has re-opened the door for scholars to explore the relationship between the Messianic King of Isaiah 1-39 and the servant of Isaiah 40-55, many of them concluding that the two titles refer to one messianic figure” (p. 69).

In chapter three, based on the gospel of Mark, Treat argues that the New Testament presents Jesus as the continuation and fulfillment of the Old Testament story of Adam and Israel. He contends, “Mark’s integration of the kingdom and the cross in Jesus’ fulfilment of Israel’s story suggests that interpreters miss the mark when focusing solely on either the kingdom or the cross” (p. 87).

In chapter six, Treat addresses Christ as the king on the cross. Interacting with the works of Justin Martyr, Irenaeus, Calvin, Marvin Hoogland, Barth, Thomas Torrance, Charles Hodge, Heinrich Heppe, Visser ‘t Hooft, Emil Brunner, Louis Berkhof, etc. Treat concludes, “Jesus’ death is not a defeat that needs to be made right by the resurrection, but a victory that needs to be revealed and implemented in the resurrection. Likewise, Christ’s session is not the beginning of his reign but the completion of his earthly task and continuation of his reign through the Spirit” (p. 152).

Chapters seven and eight help the reader to better understand the nature of Christ’s atonement for the sake of answering the broader question of the relation between Christ’s atoning death and the coming of God’s kingdom. In these chapters Christus Victor and penal substitution are both significant aspects to Christ’s kingdom establishing work on the cross. The works of Agustine, Anselm, Thomas Aquinas, Stephen Edmondson, Garry williams J.I Packer, and Jon Stott are analyzed.

Chapter nine speaks about the cruciform kingddom of God.  Here Treat analyzes the strength and weak points of Jürgen Moltmann’s theology of the kingdom. And he argues that the God of the Bible is not only a loving king but a judging king. He is not only showing power in weakness but also in victory. In his words, “God is not only a benevolent king; he is a just king” (p. 241).

More than anything, the books affirms to a Christian reader that man is not alone in the tragedy and comedy of life. The God of the Bible is not only a transcendent God, untouchable and unreachable. From the creation to the consummation of human history and the redemption of the cosmos, God is actively engaged with the history of mankind through his redemptive work. With thorough academic work, Treat shows hope in a hopeless world, and meaning in meaningless situations of war, animosity, and hatred. The book can be a good text for a graduate level class.