The Flourishing Pastor: Recovering the Lost Art of Shepherd Leadership 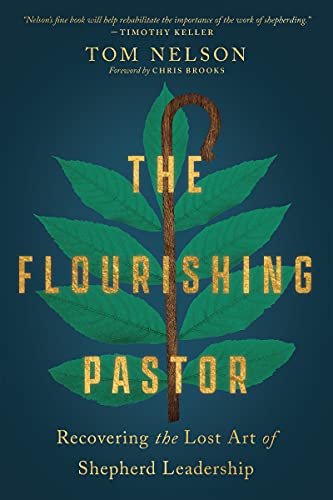 In March 2020 American civilization began to experience a series of convulsions unlike anything seen or felt since the massive protests against the Vietnam war in the late 1960s. First, there was the Covid pandemic and the subsequent government lockdowns, shutdowns, and mask mandates. Not long after came the notorious murder of George Floyd by a Minneapolis policeman leading to national demonstrations and urban riots evoking calls for social and racial justice. Last, but not least, there was the bitterly divisive presidential race of 2020 followed by an attack on the Capital by supporters of former President Donald Trump. No one in our nation has been exempt from any of these highly disruptive events, least of all pastors. As a result, recent surveys of churches by the Pew Foundation have illuminated a crisis among America’s clergy. Thousands have resigned from their parishes, thousands more are considering it and almost all of them are tired, discouraged and even shell-shocked by what they’ve experienced in their congregations over the past two years.

It’s into this vortex of ministerial stress and fatigue that InterVarsity Press has launched The Flourishing Pastor. It’s author, Tom Nelson, has a deep heart-felt desire to help those serving local churches to do so in a way that benefits them and blesses their congregants. He comes to his task well prepared. As a church planter and veteran pastor of over four decades, Nelson knows of what he speaks. While a significant amount of the book’s content is derived from the author’s reading and study over the years, much of its value comes from his decades of pastoral work.

Following a brief introduction, the book is structured into three main parts: The Shepherd, Integrity of Heart, and Skillful Hands. These concepts are derived from Psalm 78:72 where the psalmist says that King David ‘shepherded them according to the integrity of his heart and guided them with skillful hands.’ Nelson uses this approach to guide his readers through an in-depth exploration of what he calls ‘the lost art of shepherd leadership’ (p. 8). Thus, he focuses on the three areas of shepherding leadership, integral spiritual formation, and pastoral practices in his effort to ‘fuel pastoral flourishing and leadership effectiveness’ (p. 8). While it’s a strong likelihood that this book will primarily be read by those currently in pastoral ministry, Nelson casts his net to include those who are considering the pastoral vocation as well as active-minded lay people. His goal is to encourage all who serve either occupationally or as volunteers in local church ministry so that the Gospel might be better advanced.

Overall, the book has some significant strengths. One of these comes in chapter two, ‘Finding Our Way Home’. There, Nelson stresses the necessity of good theology, specifically God’s sovereignty and the centrality of the Gospel, as foundational for pastoral effectiveness. His point is to remind us that we’re loved by God and that our calling is to proclaim Christ – not ourselves, our churches, or our ‘brand’. This facilitates his exhortation to embrace obscurity – a call that almost no one in their twenties and thirties wants to hear. But Nelson is right about this. Very few men or women possess the skill set and spiritual anointing to become the next Tim Keller, Andy Stanley, Beth Moore or Ralph Douglas West. Moreover, as we’re uncomfortably reminded in Ecclesiastes 1, no one is remembered in posterity. So why not heed Nelson’s advice, embrace obscurity, and see what God might do in and through you in the years ahead?

A second strength of this work comes from an extended discussion of living out the Christian life. This is the main theme of chapters four, five and six under the titles of ‘The Integral Life’, ‘Apprenticeship with Jesus’, and ‘Pursuing Wholeness’. There’s not much new or revelatory in this section of the book but it’s all very important. Pastoring means shepherding God’s people and we can’t do this if we’re not living in daily communion with our Great Shepherd. Nelson’s story of his own journey and occasional failures lends some real credibility to his call on pastors to be godly followers of Christ. None of us do this perfectly nor will we. But as Nelson demonstrates time and again, we must consistently be moving in that direction.

A third strength, and perhaps the most prominent one of this book, comes in chapters eight ‘Cultivating a Flourishing Culture’ and nine ‘Connecting Sunday to Monday’. The former lays great stress on creating a church environment that reflects the love of Christ and the necessity of caring for others. As many pastors and parishioners can attest, churches can sometimes function in ways that are toxic for everyone. I’ve seen that up close and personal and it’s never pretty.  It’s up to the leaders, specifically, the lead pastor to create a culture that is the opposite of such negative behavior. Based on its reputation in the larger metro region of Kansas City, Nelson has done so at his church by stressing the values of vulnerability, generous orthodoxy, relational connection, and missional clarity.

The chapter on ‘Connecting Sunday to Monday’ is based on some prior teaching and writing that Nelson has done on Christianity and work. He’s a big believer in helping Christians live out their faith in the rough and tumble world of the marketplace. And while many pastors may neglect this, it makes sense to teach on it regularly. The vast majority of church-goers don’t spend forty to fifty hours a week at church; they spend them at work! That is their primary sphere of operation and mission and Nelson provides some concrete suggestions to train people to serve Christ at their place of employment. This chapter alone makes the book a worthwhile read.

So what’s not to like in The Flourishing Pastor? Two things come immediately to mind, one minor and the other of great significance. The minor complaint I want to lodge is Nelson’s jeremiad against ‘The Visionary Pastor’ (pp. 18-23). While I understand that the concept of vision in church ministry can be and has been abused, so can money. But since we need money to run the organizational aspect of church it behooves us to teach on its proper role, use and abuse. The same goes with vision. Instead of quoting Bonhoeffer (who was rightly reacting against Hitler’s vision of an Aryan Empire), why not look to those such as former pastor and head of the NAE, Leith Anderson, as examples of pastors who set a vision for planting new churches and promoting the Gospel locally and globally? Or even better, Dr. Martin Luther King, Jr!  His ‘I Have a Dream Speech’ is an exemplar of visionary preaching. From what I’ve observed in almost fifty years of ministry, most churches could use a healthy dose of vision from their pastor.

My second concern is more substantive. In a book that seeks to promote pastoral flourishing – and by extension church health – why is there not a chapter or even a section devoted to preaching? Nelson makes various comments along the way about teaching and preaching but most of these seem a tip of his hat to the practice rather than an enthusiastic endorsement of it. Given that his church is part of the Evangelical Free denomination, I was almost shocked by such a blatant omission! At a personal level, I don’t know of single church that is healthy and growing where preaching is not HIGHLY VALUED! And in a recent church survey published by Christianity Today, preaching is still the single most important reason people attend (Protestant) churches. As Protestants, the ministry of the Word is sacrosanct. Nelson surely knows this. I’d love to ask him why he downplayed this oh-so-essential aspect of worship and pastoral ministry.

But given these two caveats, The Flourishing Pastor makes a solid contribution to the literature on pastoral ministry. Most readers will gain some valuable insights from it. And some, to the delight of Nelson, might even be encouraged to keep serving their churches despite the consistent discouragement they’ve experienced over the last two years.