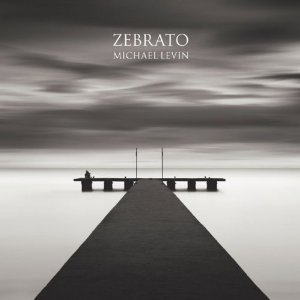 Once there were no photographs, but there was much to photograph. Long before that, there was nothing to photograph, since the cosmos was yet uncreated. Yet even then, God, in his omniscience, knew everything about himself and about what would ever come to be, since God in his essence knows everything all the time. While philosophers sometimes define omniscience as God knowing every proposition about all states of affairs as either true or false (given the law of bivalence), omniscience need not be limited to propositions, although it, of course, includes propositions. (A proposition is what an indicative statement affirms.) The mind of God contains all truth and no falsehood. However, the Creator and designer of all the substances, kinds, materials, energies, and relations of the universe, would never limit his knowledge to propositions. In The Divine Conspiracy (1998), Dallas Willard reveals this element of God’s knowledge. Recounting an overwhelming experience on the beach of South Africa as he “stood in stunned silence and then walked slowly toward the waves. . . I saw space and light and texture and color and power…that seemed hardly of this earth.”

Now we can apply this insight to our own limited knowledge and experience. It is one thing for me to know that an apple is red because I take the proposition to be true; it quite another thing to behold the redness of the apple and to gaze upon it from different angles and in different types of light. Or, I may perceive a photograph of the apple, or a painting of one. It seems reasonable, consequently, that God not only knows all truths, but experiences all possible perceptions simultaneously and, of course, without error or omission. If so, then God is the greatest possible beholder of beauty (and ugliness) conceivable. In other words, God knows and perceives everything from every angle. Unlike fallen humans, God never perceives anything he should not perceive. There are many things that easily-tempted humans should not know, since the knowledge would only corrupt us. This is the danger of curiosity, a vice that God cannot experience. “For God cannot be tempted by evil, nor does he tempt anyone” (James 1:13).

All of this brings us to photography, oddly enough, and (in a moment) to this luscious but strangely Spartan book of photographs, Zebrato. No photograph is merely a reproduction or representation of what it photographs, nor does it attempt to do so. Although some painting is called “photo-realism,” no photograph is entirely realistic or a mere copy of what is seen, however hard the photography may try to achieve this. Why is this?

First, a photograph is one-dimensional, while seen experience is three dimensional. Second, a photograph selects or frames what is photographed—unlike the moving ears, head, and body of living perceivers in the flesh. Third, photographs make use of differing shutter speeds, developing techniques, and choice of color pertaining to their subjects. They may be in color or black and white or something in between. Fourth, photographs come in different sizes and can be placed in different settings. A photograph of the Empire State Building may only be five inches by three inches. A photograph of an ant may be three feet by three feet. Or one might spy a life-size photograph, say of a celebrity. Fifth, photographs approach their subjects from differing angles and from different distances. There are close-ups, intended distortions, and there are panoramas. One could go on. But enough has been said.

This is the point. Photography allows us to perceive the world in novel and, at times, revelatory ways. Photographs can add a dimension to our knowledge of ourselves, the world, and even God (at least indirectly). Since all knowledge and beauty is rooted in and made known by God, photography, at its best, can be a vessel for God’s general revelation. It provides a prism through which we can decipher what may have remained ciphered otherwise. Truly fascinating photographs offer opportunities for meditation on things otherwise overlooked (literally and metaphorically). They disclose dimensions of nature, humanity, and culture that are perfectly well known to God, but harder to know by mere mortals, especially east of Eden. However, photography may unveil what should be veiled, catering to our sinful curiosity (as with pornography or violations of privacy). This book does not fall into that trap.

Photography is a rather recent technology for making more things visible to more people. Only in the early twentieth century did photography begin to be regarded as a bone fide art form, largely through the work of photographer and art impresario Alfred Steiglitz (1864-1946). Given our media and image-saturated culture, we rarely ponder the unmoving image, the static photograph. We prefer a welter of moving images on television and on the Internet. The art of photography, conversely, slows things down to a full stop. One is beckoned to halt and see slowly and deliberately, and not to briskly turn the page, scroll up or down, jump from screen to screen, or have multiple images on one screen popping in and out of sight.

In Zebrato, Michael Levin, a young Canadian photographer, has assembled a book of quietly radiant black-and-white photographs, each one of which takes up an entire page. Each work faces a blank page in this oversized book. His objects are simple and uncluttered, which may draw one—as they did me—into their evocative depths. The photographs are given very simple—often one word—titles, such as Zebrato. There are no elaborate descriptions of time or place, although the insightful foreword tells us that Levin photographed around the world. Levin choses objects from nature, most of which are accompanied by some marker of civilization, such as a pier of abandoned manmade pillars rising up from the sea. He is drawn to the vastness of sea and sky, which often tend to mirror each other. However, he also photographs the inside of a tunnel, with only a hint of an exit out back into nature. Yet his angle of vision is remarkable. I had never considered a tunnel in that way before. But God had done so.

But most arrestingly, Levin evokes of the quiet plenitude of nature in relation to culture’s ephemerality. He does this through the use of slow shutter speeds and the simplicity of his objects. One will not find the kitsch of a foamy waterfall here. His objects do not move or barely move (such as the quiet sea). No photographic effect is used in a cloying or annoying way. Only one human appears in the book, reclining on a beach, which dwarfs him—the outline of a distant city to his left.

Several of these images led me to regard the framing of human culture by an older and stronger nature. Yet nature speaks of its Creator, who is older and greater still. One image shows an empty peer thrust out into the limitless ocean, both a bridge to and from the sea. Not a few of these images sparked me to write short poems attempting to transpose the photograph into rumination. I will not trouble the reader with any of them. They are mentioned only to intimate the power of Levin’s technique and the profundity of nature in light of culture and culture in light of nature. Come and see, feel and think—and pray.