One Denver Seminary student has been used by God in more than a few surprising ways. 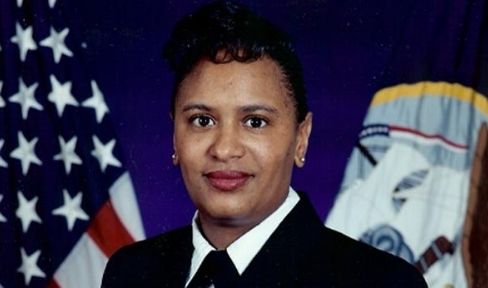 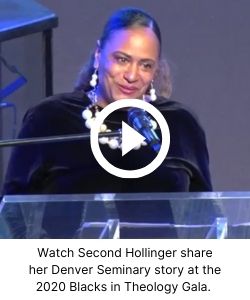 Seconda Hollinger was a hospital corpsman (medic) in the Navy when she got a request she didn’t expect—the ship’s chaplain, a Catholic priest, asked if she would fill in as the lay leader for the protestant services onboard. Most Navy ships have two chaplains—a Protestant and a Catholic chaplain—but the USNS Comfort was down a chaplain, and they needed someone to substitute for the Protestant services.

Little did Seconda know that those seven weeks would prepare her for a much more intense deployment—six months as a hospital corpsman and lay leader aboard a ship in Iraq in 2003. Caring for patients flown to their ship by helicopter, Seconda’s ministry began to grow. “There were probably only 10-15 of us to start, but that changed quickly,” she explains.

Seconda held sunrise services on the flight deck, and regular Sunday services in the small Navy chapel. However, as the services continued to grow, Seconda had to ask the commanding officer if they could have services in the mess decks, because the two services she was leading in the chapel were overflowing with attendees.

“We had prayer every morning. We had a Bible study. We had a choir. We had a whole church on a boat. We even had an Easter play!”

As Seconda preached and continued to guide her church, God began to show her the importance of allowing room for diversity in worship. “I learned in that season that I couldn’t give a service a certain way. I think by letting people do different things—different songs, someone had a guitar, someone had a flute—we were still able to worship.” 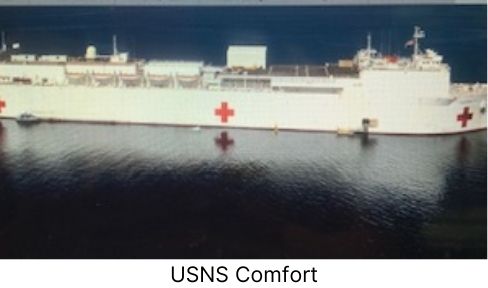 While it would be easy to see the growth of her Navy church as a personal victory, Seconda is quick to give the glory to the Lord. By the end of her deployment in Iraq, there were at least 250 people attending the services. “The priest onboard kept looking at me like, What is going on?” she laughs. “I was like, ‘Hey, I’m just sharing the gospel! I look at those sermons and I know I was just a yielded vessel. The sermons I wrote out—they had to be God. I didn’t have the knowledge to write those sermons. When I got back I wanted the facts and the knowledge. That’s what eventually led me to seminary.”

Seconda spent ten more years in the Navy after her time in Iraq, but the desire to attend seminary remained during that time. When her Navy service was complete, she asked her church to start a military ministry, which she led for two years. Seconda started seminary in 2014, originally through the satellite campus of Bethel University that met at the First Baptist Church of Glenarden—a partnership that was eventually taken over by Denver Seminary.

Seconda says she was surprised by how smooth the transition from Bethel to Denver was.

“I really like the diversity at Denver,” she explains. “I have people from all different walks of life in my classes. The interactive learning assignments are awesome because you get people’s true views and they go ahead and comment on what you post and you can go back and forth. I’ve learned a lot about people with totally different cultures, who were raised differently or teach the Word of God to people differently. I love that we can talk back and forth in Denver.”

While Seconda has been attending Denver Seminary since 2014, February of 2020 was her first time on campus. “I was excited and overwhelmed,” she says of the experience. “I’d never met most of my teachers.” To finally meet her teachers face-to-face was an emotional experience for Seconda. “I saw my Hebrew teacher Dr. Dallaire—she’s like a Hebrew goddess! Just to see them all and give them a hug and say thank you was so awesome.” 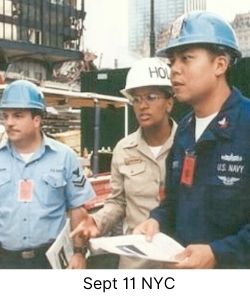 God has been using Seconda to have an impact for the Kingdom on multiple fronts, while she’s been pursuing her seminary degree. Seconda has worked as an emergency manager—first for the Naval Academy, and now for the Bureau of Engraving and Printing. She now finds herself as the emergency manager of a federal bureau during a worldwide pandemic.

Seconda has seen God move in surprising ways. “Often times in the past,” she says, “I had to fight people to see the importance of preparedness—as emergency managers we try to plan for things ahead of time. I’ve been working on a project I split into three years—a business impact analysis. The assignment I gave my workers was, ‘If you had a disruption, what would you do?’ This year I had them put data into a tool you have for a business continuity plan. We just finished that in February.”

Seconda’s emergency planning has paid off. She led her teams to create plans for questions that, due to the coronavirus, they are now facing.

Questions like: What is the minimum number of people who need to be at work? What do I do with people who can’t telework?

“One worker in production specifically said he now understands why it’s so important. He has 1,000 people in production who can’t telework, but he has a plan for them because of the work we’ve done over the past few years. We have been working on this and we are prepared. They’re seeing their work is not in vain. People are saying, thank you for your leadership in this preparation project. God uses things.” Seconda’s prior efforts to ensure continued operation of the Bureau of Printing and Engraving in times of crisis have meant that the United States’ money has continued to print smoothly during a global pandemic. 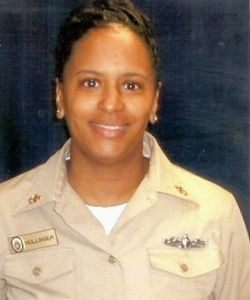 Once she graduates, Seconda’s plans for the future are open to God’s call. She has considered serving as a chaplain for youth, for females, or specifically for young women—possibly at a correctional facility. She’s also excited about Denver’s Urban Initiative. “We will connect with local churches and teach different classes—theology, Old Testament, New Testament, etc., to prepare people for seminary. There’s a lot of people who want to go to seminary and they don’t have their undergraduate degree. So that partnership with the community is awesome.”

As a Navy hospital corpsman and chaplain, as a seminary student, and as an emergency preparedness manager, one thing has remained constant for Seconda: “I like to encourage people,” she says. “My mother always surrounded us with people who encouraged us. We were rich in love and encouragement and teaching. I am so grateful.” Whatever Seconda takes on next, God will surely use her in surprising, powerful ways.