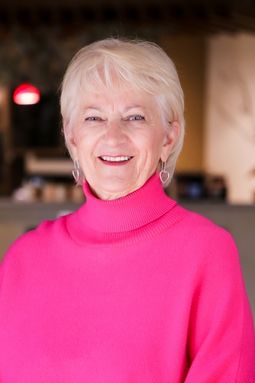 Dr. Hélène Dallaire joined the faculty of Denver Seminary in 2006. She is an ordained minister with the Evangelical Church Alliance, and is a member of the Society of Biblical Literature, the American Academy of Religion, and the National Association of Professors of Hebrew.

Dr. Dallaire earned a PhD and an MPhil in Hebrew and Cognate Studies (Comparative Semitics) from Hebrew Union College—Jewish Institute of Religion, an MA in Biblical Literature from Oral Roberts University, and a BA in Psychology from Ottawa University. She completed additional work at the Hebrew University of Jerusalem, the Jerusalem University College, McMaster University, and Western Pentecostal Bible College.

Prior to coming to Denver Seminary, Dr. Dallaire served five years on the faculty of Hebrew Union College—Jewish Institute of Religion in the position of Director of Hebrew Language Instruction, one year on the faculty of Alliance Biblical Seminary in the Philippines, and completed 10 years of pastoral ministry at the Word Faith Christian Center in Vancouver, BC and Oakville, ON.

Dr. Dallaire regularly presents academic papers at professional conferences on biblical literature, the Hebrew language, and pedagogy. For three years, she was on the Field test team of the CoHeLeT project (Communicative Hebrew Learning and Teaching). She authored Biblical Hebrew: a Living Language (CreateSpace Independent Publishing, 2017; 2nd edition), The Syntax of Volitives in Biblical Hebrew and Amarna Canaanite Prose (Eisenbrauns, 2014), and edited Where Shall Wisdom Be Found: A Grammatical Tribute to Professor Steven A. Kaufman (Eisenbrauns, 2017) and Devotionals from the Hebrew Bible (Wipf & Stock, forthcoming). She wrote commentaries on the book of “Joshua” in the Expositor’s Bible Commentary series (2012) and “Esther” in The Baker Illustrated Bible Commentary (2012). She is currently writing additional commentaries on the book of Joshua, 1 & 2 Samuel and Esther.

Dr. Dallaire contributed chapters and articles in the following books, commentaries and journals: “Judaism and the World to Come” in A Case for Historic Premillennialism: An Alternative to “Left Behind” Eschatology (2009), “Ten Commandments”, “Wisdom”, “Law”, “Blessings”, “Covenant”, “Day of the Lord”, “Sacrifice” in The Dictionary of Everyday Theology and Culture (2010), “Messianic Judaism from the 6th to the Early 20th Century AD: Textual Evidence” in Chosen To Follow: Jewish Believers in Jesus through History and Today (2013), “Joshua and Israel’s Exodus from the Desert Wilderness” in Reverberations of the Exodus in Scripture (2014), “Emotional Meltdown: Stuttering in Hebrew” and “Are You Blessed (baruch) or Blessed (‘ashrey)?” in Devotions on the Hebrew Bible: 52 Reflections to Inspire & Instruct (2015), “Taking the Land by Force: Divine Violence in Joshua” in Wrestling with the Violence of God: Soundings in the Old Testament (2015), “A Mixed Multitude: The Gentile Multitude inside the Modern Messianic Jewish Movement” in Messiah Journal (2018), and “Anti-Semitic Supersessionism: The Sharp Words that Deepened the Divide” in The Future Restoration of Israel (forthcoming).