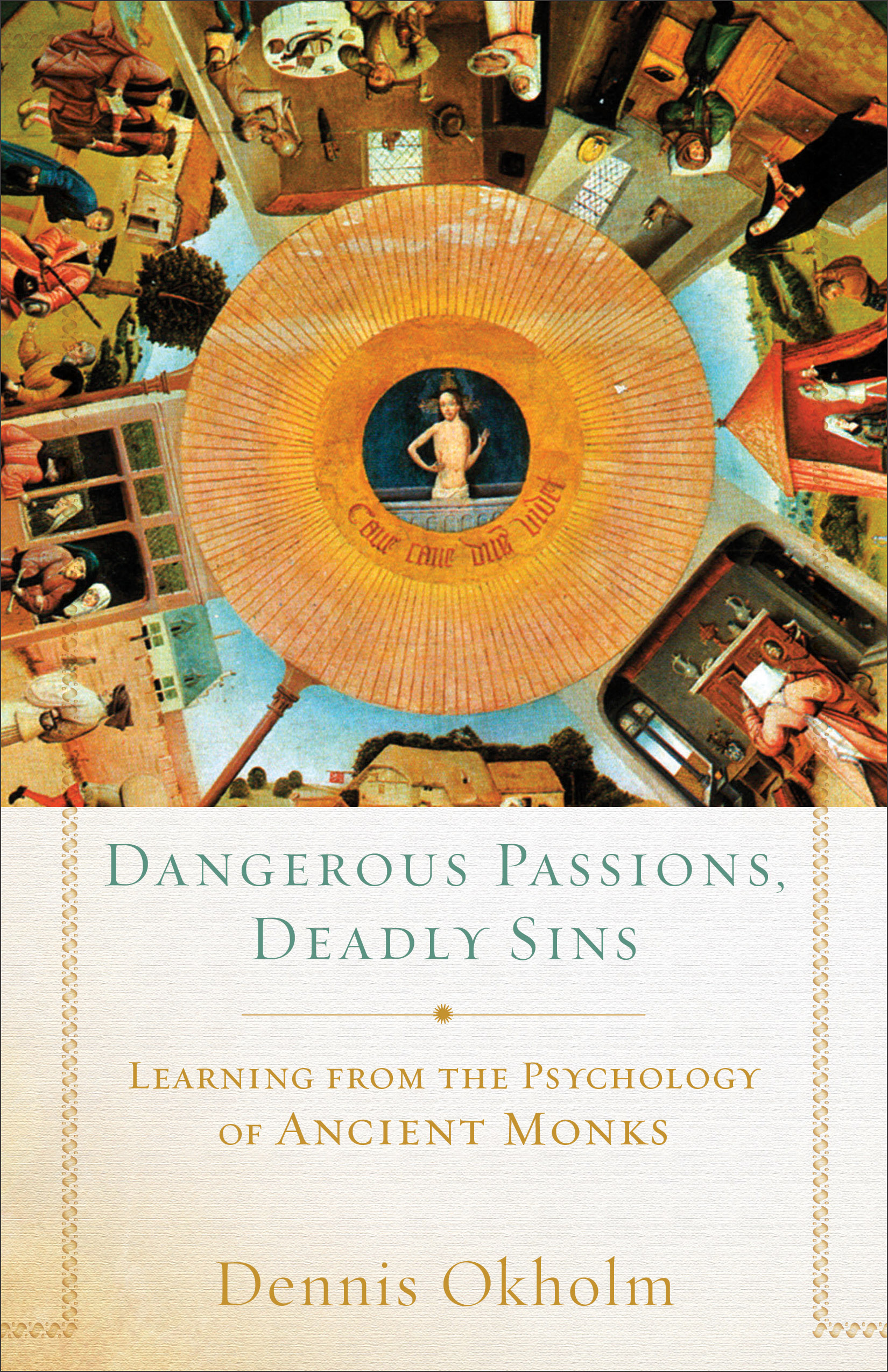 This readable work explores the origin, meaning, and remedy for the classical seven deadly sins. The introduction reveals that initially the desert father, Evagrius, formulated a list of eight evil thoughts, which Cassian identified as eight principal sins that deflect the heart from God. Gregory the First modified Cassian’s list into the classical catalog of seven deadly sins. The thesis of this well-crafted book is that “ascetic theologians and monastics of the fourth through seventh centuries . . . provide the church with a psychology which is not only  specifically Christian in its orientation, but relevant to modern people if taken seriously” (p. 8). Okholm specifies two main purposes of the book: 1) to identify from the writings of the early monks a truly stand-alone Christian psychology, and 2) to make the case that this Christian psychology, crafted more than 1500 years ago, sets forth the etiology and treatment of spiritual and emotional disorders more authentically than does contemporary secular psychology. The book then devotes a chapter to each of the deadly sins, providing a definition of each and general and specific remedies for remediation.

The ascetic theologians identify the pastoral treatment goal for these capitol sins as apatheia—not emotional indifference—but the “abiding sense of peace and joy that comes from the full harmony of the passions” (p. 22). The Christian monks’ restorative goal was the “harmonious integration of the emotional life” (p. 22), free from sinful desires, guilt and compulsions. In general, redirection of disordered thoughts and behaviors is achieved by ascesis, or spiritual habits informed by the Word of God. The ascetics propose that in theory it is possible to attain this outcome, but in practice what realistically can be achieved in this life is approximation thereto. From the monks, Okholm insists that “the first thing we must understand is that we cannot win these battles in our own strength . . .” (p. 32).

The first of the deadly sins, gluttony, deals with excess consumption of food, material goods, or physical pleasures as substitutes for ultimate satisfaction that is found only in God. This sin takes root in inordinate thinking and desires manifested in lack of moderation in these areas. The outcomes of gluttony are potentially enslaving addictions. The ascetics’ therapeutic remedy for such disordered cravings, again, is ascesis in the form of opposite thought processes and behaviors, principally the practice of fasting, communal accountability, and spiritual direction.

The second deadly sin related to gluttony is lust or “the spirit of fornication” (p. 37). Like gluttony, lust is the sinful abuse of a God-given function necessary for maintenance of life. Like other deadly sins, lust takes form as a result of wrong thinking and unholy desires, sometimes overwhelming one’s own will. Lust flourishes when the soul’s rational and volitional powers (the higher faculties) informed by God’s Word no longer control the lower appetites which crave immediate sensual gratification. As expressed by the later theologian Thomas Aquinas, “When it comes to sex we do tend to be more impetuous and less inclined to listen to reason . . .” (p. 42). The ascetics’ remedy for lust is not simply monkish celibacy. In the physical realm, they encourage flight from the temptation and pursuit of “bodily fasting” or abstinence within a safe community (p. 43). In the area of the mind, a contrite and teachable spirit must be cultivated along with constant meditation on Scripture. In terms of contemporary brain science, Okholm avers that the dopamine high experienced in a sexual addiction must be replaced by more healthy and reward-producing activities. Whereas the aforementioned regimens ideally lead to continence, the higher goal of chastity can be achieved only by the gift of God’s grace. Willpower alone fails to subdue the devilish stronghold of lust; God’s power, which brings victory over lust, opens the door to health of the soul and true love of God and neighbor.

Okholm proceeds to explore the terrain of other deadly sins: greed, anger, envy, sloth, and vainglory. Considerations of space permit interaction with only the final deadly sin. The subtle sin of vainglory is the desire to seek identity and happiness in the praise of others apart from God’s approval and enablement. Vainglory, the ascetics observe, typically afflicts those who have achieved significant spiritual progress and material gain. The remedy for vainglory proposed by the early monks is manifold: humility, recognition of our many faults, and finding our intrinsic worth in God alone rather than in the praise of men. The reader might ask where pride fits into the scheme of the seven deadly sins. In one sense, pride (inflated self-importance) represents the bedfellow of vainglory. In a larger sense, pride is identified as the root of each of the seven capital sins.

Okholm’s careful research, clear exposition and extensive annotations bring to light the extraordinary wisdom found in the writings of the early ascetic theologians. Impressive is the fact that 1,500 years ago these early Christian authorities expounded protocols of soul care that anticipated and even exceeded (because rooted in Scripture) the regimens of contemporary psychology as helpful as these may be. Counselors, clergy, and serious Christians need to become better informed with the fertile and fruitful insights of the early Christian monks and ascetics regarding the care and nurture of the undying soul. The book will serve as an invaluable resource for teaching and preaching on the perils of the seven deadly sins.