Did Jesus Really Rise from the Dead? A Surgeon-Scientist Examines the Evidence 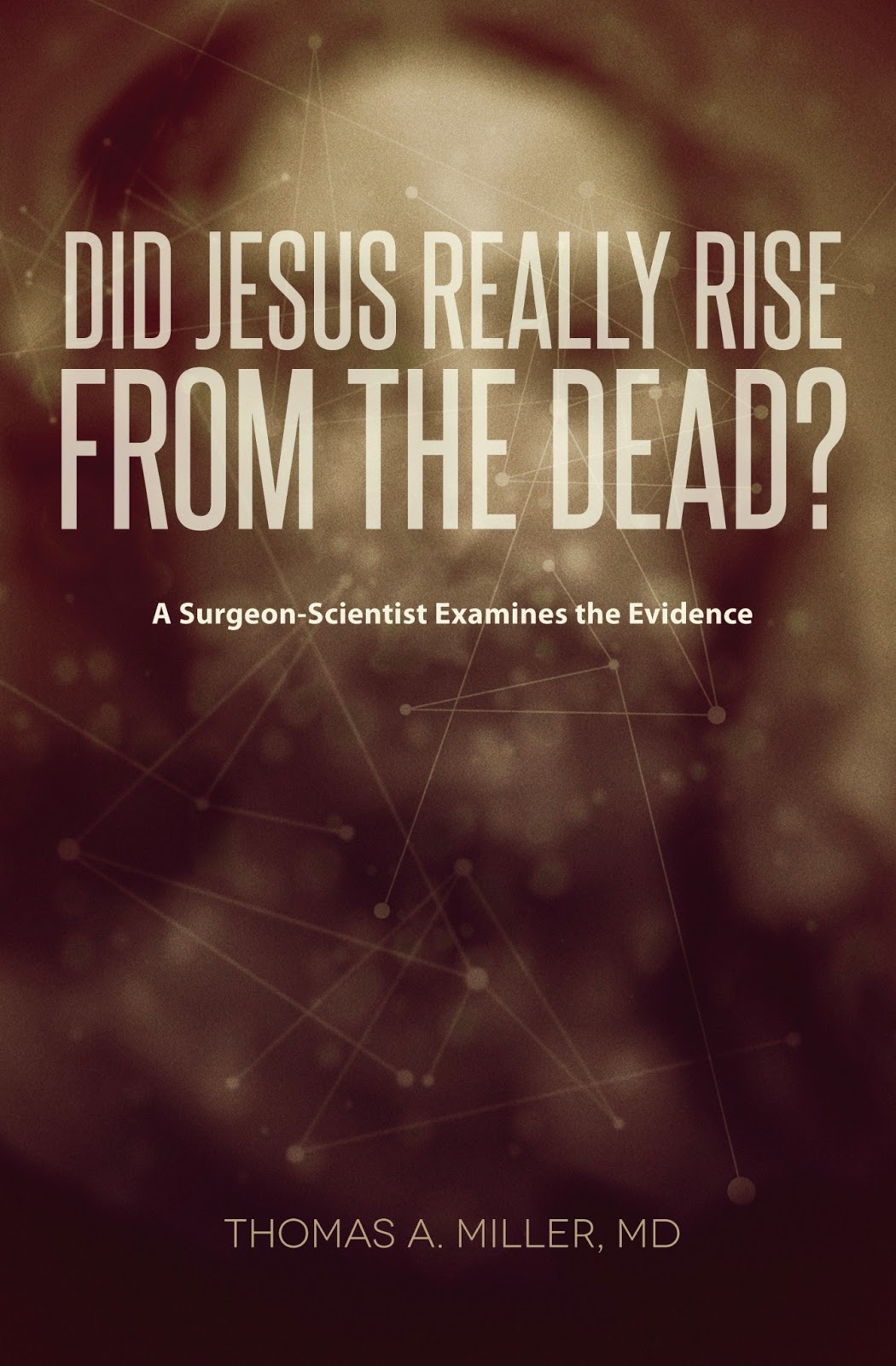 A generation ago Frank Morison’s Who Moved the Stone? impressed thousands of readers, many of them young adults trying to decide if Christianity was credible. The arguments were not particularly new, but they were presented succinctly and convincingly. What really made the book persuasive, however, was that Morison was not a biblical scholar but a lawyer and he cross-examined the evidence with the rigor of a persistent prosecutor.

Today’s counterpart may well turn out to be Thomas Miller’s Did Jesus Really Rise from the Dead? Many of his arguments are identical, others are updated, but what attracts readers to this book is its subtitle. The author is a long-time clinical surgeon and teaching professor at such renowned institutions as the University of Texas in Houston, St. Louis University, and Virginia Commonwealth.

Instead of beginning with principles of jurisprudence, Miller appropriately reviews the limits and nature of the scientific method. It studies the repeatable, the testable, which by definition excludes its use for investigating whether certain things happened in past history. It is not merely the miraculous which is off limits, it is historical investigation in general. Science can no more prove George Washington lived than it can disprove the resurrection. Instead one has to utilize historical tools, particularly the nature and credibility of testimony to a particular event. Miller reminds readers how many of the founders and leading players in the history of modern science based their work on explicitly Christian convictions, most notably Isaac Newton, Johannes Kepler, Robert Boyle, and Michael Faraday. Recent laureates have continued this tradition, including Francis Collins, Sir John Eccles, Allan Sandage, and Stephen Jay Gould.

Before turning to the details of the biblical resurrection accounts, therefore, Miller appropriately questions whether we have reason to believe its authors had access to and recorded reliable testimony. Miller answers with a resounding affirmative on four main grounds: the proliferation of manuscripts and their remarkable overall agreement, the comparatively early dates of their writing, the care with which each was written and the overall archaeological corroboration of what can be tested via that science, and the knowledge already in Paul’s day in the 50s, even before the Gospels began to be written in the 60s,of key teachings of Jesus and the major contours of his life, death, and resurrection. Miller conversely summarizes rebuttals to the Jesus Seminar, the Da Vinci Code, and Bart Ehrman that attempt to counter this confidence in Gospel reliability.

From here, Miller turns to the details of Jesus’ crucifixion and crucifixions more generally in the ancient world. The sheer horror and brutality of it militates against all theories that Jesus did not really die on the cross. Other classic alternatives—that the disciples went to the wrong tomb or that Jesus would have been allowed to be eaten by wild animals and/or thrown into a shallow grave—are likewise rebuffed. The undisturbed grave clothes, the role of Joseph of Arimathea, and the empty tomb (not to be confused with the Talpiot tomb offered erroneously in 2007 in sensationalist fashion as “Jesus’ family tomb”) all support the truthfulness of the accounts. The significance of over 500 witnesses is highlighted, especially the witnesses of Thomas and James, who had previously doubted the resurrection and even Jesus’ messiahship, respectively. The role of the disciples, risking their own lives to proclaim what they themselves would otherwise have found incredible, lends further credence to the resurrection accounts.

Why is this such a perennially important topic? Miller turns to this question and gives the classic Christian answers.  Christ’s claims during his earthly life are vindicated. His power and authority are restored. He has the ability to transform earthly, bodily existence and promises to do the same for every one of his followers. But this does not happen automatically or for all people. Miller aptly summarizes the gospel message in the final section of his book in his own words, largely void of Christian jargon, for those who are unfamiliar with it.

What Miller does not do is also what Morison did not do, nor C. S. Lewis, nor Josh McDowell, nor most other popular-level apologists and that is treat in any detail the “fourth L” that turns the trilemma (Lord, liar or lunatic) into a “quadlemma” (Lord, liar, lunatic or legend). The main arguments against the legendary nature of the accounts do not emerge here:  women uniformly as the first witnesses, crucifixion meaning cursed by God in the Torah, the change from worshiping on the Sabbath to Sunday, the problem of dying for a known lie, the lack of true parallels in other mythology, and so on. Nor is there any of the patient exegesis of someone like N. T. Wright as he painstakingly goes through the biblical accounts one at a time, detail-by-detail. In fact, except for a few details about the nature of sweating blood, flogging, and dying nailed to a cross followed by a sword thrust, there is little in this book that requires it to have been written by a surgeon-scientist. But it is always good to see such work from such people. While a Richard Dawkins can insult thousands of scientists who believe for being deluded, it is in fact the natural sciences whose students and professors disproportionately populate Christian organizations on university campuses around the country and the world today. It is also good to have an up-to-date book that is short, to-the-point, and readable for those who will never tackle Wright’s Resurrection of the Son of God or even my Historical Reliability of the Gospels.