A nihilistic artist is an absurd—and common—contradiction in terms, since all artists seek 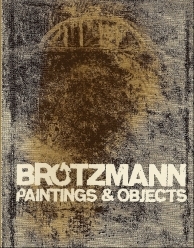 to ennoble the world in some small way, to put the human touch on nature, however bitterly or even savagely. Even the nihilist, whose creed is to destroy, destroys because he perceives everything as having no objective value. In this, there is a sense of obligation to bring down the hoax, to decimate the pretenders to meaning and value. That must die; it is only right. But there is no right or wrong, and the contradictions thicken.

Nihilist artists are still human beings, fashioned in the image and likeness of God. As such, they are meaning-seeking, meaning-needing, and meaning-bearing beings. One simply cannot vaporize one’s essence in an act of self (and cosmic) abnegation. The stubborn self remains intact, even despite itself, given its indissoluble essence. Yet, the speaking cosmos (animated by God) nags at the ears, eyes, heart, and mind. As Paul revealed:

The wrath of God is being revealed from heaven against all the godlessness and wickedness of people, who suppress the truth by their wickedness, since what may be known about God is plain to them, because God has made it plain to them. For since the creation of the world God’s invisible qualities—his eternal power and divine nature—have been clearly seen, being understood from what has been made, so that people are without excuse—Romans 1:18-20; see also Psalm 19:1-4.

Nihilism isolates—and in a way celebrates—the fall of humanity from God’s creation and Jesus Christ’s redemption, thus cauterizing itself from life’s gravity and levity. Life is grave. God knows all and will judge all. Hell is real. Nothing goes unnoticed. But life is also light; laugher intrudes even when it is not desired (defying gravity).  One sometimes transcends the crushing burdens of life, often serendipitously. Beauty, bidden or unbidden, may have this effect—even on the nihilist, whether the sensual beauty of a man or women, the moral beauty of a saint, a majestic mountain range, a painting, a poem, or a piece of music. One is transported to environs—sometimes against one’s will—that ought not to exist (for the nihilist, at least).

This brings me to the art (and music) of German artist, Peter Brötzmann (b. 1941), whose visual art is the subject of this obscure, but richly-produced, book. Much of Brötzmann’s art—objects, paintings, and woodcuts—appear nihilistic. If nothing is sacred, anything is permitted, for the nihilist. One will not find upbeat and inspiring thoughts from the titles of BrÖtzmann’s musical pieces, which include album titles such as “Machine Gun,” “Snake Lust,” “Nothing to Say,” “No Nothing,” ‘Born Broke,” “Hairy Bones,” and other edifying monikers. The most positive he gets, I think, is “Full Blast,” or several merely descriptive titles such as, “Live in…” These titles are only a small sampling, since Brötzmann has been recording since the middle to late 1960s. He was been vital player in the emerging European free jazz scene and continues in that vein, now often playing with much younger musicians.

Brötzmann’s art-making, visual and musical, occurred in the wake of Germany’s defeat in World War II. He was a young child during the war, and recounts memories of it in the excellent documentary, “Soldier of the Road” (2012) This, not surprisingly, affects his worldview and sense of aesthetics. In an interview in the film, he speaks of his German childhood and its aftermath as despairing and depressing. And yet, there was music, which, he said, “came from another world.” This may account for the darkness, rawness, starkness, and sometimes ugliness of his visual art as well as for the visceral, guttural nature of much of his reed playing. Nihilism stalked post-war Europe, especially Germany. This, in fact, led pastor-theologian Helmut Thielicke (1908-1986) to write his work, Nihilism: Its Origin and Nature—With a Christian Answer.

But let us consider Brötzmann’s visual arts, for which he is less known (spare the album covers he drew, which would not even accompany MP3 downloads, of course). Like the French avante-guard artist, Marcel Duchamp, Brötzmann scours the grounds for “found objects” or “ready-mades” to use for art pieces. Unlike Duchamp, who was drawn to objects such as urinals, BrÖtzmann is fond of landscapes. Further, he adapts and adjusts what he finds. He is especially fond of bird feathers, which are sometimes collected to appear as mashed up birds, which is not a pleasant sight. In fact, most of Brötzmann’s pieces, painted or found or arranged, are not beautiful in any classical sense. Nevertheless, dark as some are, they bear the human touch and compel our attention. Many appear abstract, but Brötzmann claims they have their roots in the German countryside, the landscape. His figures, sometimes done as woodcuts, are stark and even foreboding. Yet there are also more conventional depictions of the sea, clouds, and more.

This is a very obscure book (although published by a reputable art publisher), just as Brötzmann is an obscure musician and even more obscure visual artist, especially in America. He is little-known, and when known (or at least exposed), little understood. Why, then, bother to review his work, which is so saturated in opacity? I will offer several brief reasons, which I hope will stimulate productive thought and action regarding philosophy, culture, and the arts.

First, even if Brötzmann appears to be a nihilist (in some ways), he, qua human being, cannot remain so and produce art, however odd that art may appear. He is a creator, made in God’s image, whatever his theological beliefs may be. In other words, nihilism is unlivable. (See James Sire, “Zero Point: Nihilism,” in The Universe Next Door, 5th ed. [InterVarsity Press, 2009].)

Second, as a human creator, Brötzmann may have something of value to offer the world in both his visual and musical offerings. (I would need another essay to write adequately about the quality of his music, which I take to be superb, although frequently jarring. It tends to frighten my wife and puppy.) If his fallen human nature can still find and manifest value, then Christians need not necessarily fear the artistic endeavors of unbelievers.

Third, the art (and particularly music) of Peter Brötzmann testifies to a man yearning for transcendence through art, to live in “another world,” as he put it. But this world can only be touched and not inhabited apart from saving faith in Christ Jesus, the only Mediator between God and man (1 Timothy 2:5). This lostness should lead us to lament for him, to pray for him, perhaps to somehow reach out to him with the living truth of the Gospel, which is both intellectually and emotionally satisfying, even in the worst of times “under the sun.” We grieve, but not as the world grieves (1 Thessalonians 4:13; see also Psalm 90). But we should grieve for those whose sorrow has no resolution. As Francis Schaeffer wrote in The God Who is There (InterVarsity, 1968):

These paintings, these poems and these demonstrations which we have been talking about are the expression of men who are struggling with their appalling lostness. Dare we laugh at such things? Dare we feel superior when we view their tortured expressions in their art? Christians should stop laughing and take such men seriously. Then we shall have the right to speak again to our generation. These men are dying while they live, yet where is our compassion for them? There is nothing more ugly than an orthodoxy without understanding or without compassion.