Retaining Our Humanity Together and With God 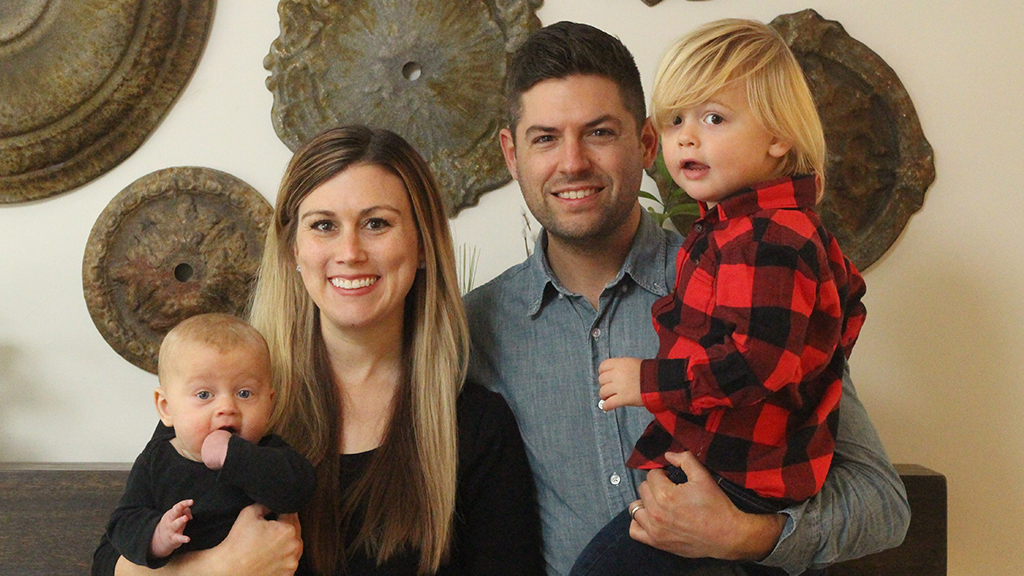 How Dave Ripper is using his seminary degree to lead his church and serve as the chaplain to the Boston Bruins.

Dave Ripper has quite a bit going on. He’s the Lead Pastor of Crossway Christian Church in Nashua, New Hampshire. With his wife Erin, a licensed mental health counselor, he parents their two sons — Dallas and Clive. A few years ago, Dave co-authored a book called The Fellowship of the Suffering. He has a dog, and digs the Ignatian prayer of examen, and reads Dallas Willard and Eugene Peterson with the passion of a person who may have taken Peterson’s title Eat This Book literally.

Also, in 2016, he founded the Boston Bruins chapel program. He’s served as their chaplain ever since.

Dave understands that this all sounds like a lot. When asked how these components of his life fit together, he joked that he has his life perfectly balanced. But then Dave said something that became the guiding light for the remainder of our conversation — "You can become a successful pastor and still be a failure as an apprentice to Jesus."

Dave said that he’s never wanted to be a successful pastor at the expense of losing his soul. And he said that his three years at Denver Seminary taught him how to cultivate his own well-being so that he could minister not from a place cynicism or burn-out, but from a place of health.

At a gathering for first-year students, Dave learned that “self-care is never a selfish act.” During his second year, former-chancellor Gordon MacDonald served as interim president, and he and Dave developed a friendship that lasts to this day. Gordon imparted to Dave the “nuts and bolts ministry training,” which taught him how to plan ahead, take his calendar seriously, and to block off days for prayer, reading, and connection with friends and mentors.

And then came the highlight of his experience at Denver Seminary — an intensive class with Dallas Willard during Dave’s final semester. “The last thing he said to us was, ‘what God gets out of your life is the person you become,’” Dave recalled. Motivated by that simple truth, Dave arranges his life and schedule so that he retains his humanity before God.

This idea — retaining humanity before God — inhabits his entire approach to life and ministry. When he meets with his church staff, Dave leads them in a monthly spiritual practice intentionally focused on soul care. Together, they observe their anxieties, joys, and desires, all so that they might receive God’s invitation to live in wholeness.

“God speaks definitively through the Scriptures,” Dave said. “And the Spirit is also communicating in our circumstances.”

Dave doesn’t want the staff at his church to be so consumed by ministry responsibilities that they gain an overflowing Sunday School class but lose their souls. So he shares his weaknesses in staff meetings and even from the pulpit, encouraging the staff and congregation to do the same.

As a pastor in the transient Boston area, Dave knows that his time with each person could be brief. The recognition that he may have just 18 months to be a part of someone’s life propels Dave to have an intentional, relational, focused approach to discipleship. His book speaks of this as well — of honesty about speaking honestly of the pain, suffering, and weakness we experience in this life.

Dave doesn’t want anyone in his care to hear him saying “life’s hard, so get used to it and move on!” Rather, he wants to invite them into fellowship — with him, with one another, and with the person of Jesus who embodied suffering on their behalf. Dave is intimately acquainted with suffering, himself. He and Erin suffered two years of repeated failed adoptions, which Dave said left them “shaken to the core.” Finding himself in a place of simply trying to hold onto his faith, Dave pushed himself to read the Bible in large doses, even though he didn’t want to read it at all. For an hour or two a day, he would consume the Scriptures. And he saw the theme of suffering throughout the Bible clearly.

“Suffering comes with the territory of following Jesus,” Dave said. “Living by faith means listening to God even though the outcome of your obedience might not be what you thought….There’s a missional opportunity in suffering as Jesus suffered that — if we embrace it — the gospel has maybe a better chance of going forward through our hardships than our successes.”

Dave shared that the questions, struggles, and hardships that the Boston Bruins players face reflect much of the confusion and pain he sees within his church as well. Everyone, he said, has questions about their identity. Everyone wants to find belonging, freedom, and peace.

When it comes to the Bruins players, the struggles are the same, though the scope is admittedly different. Dave never used to listen to sports radio, but now that the players are his friends and men he’s charged with forming spiritually, he listens to know what’s being said about them. If they had a rough game, the commentary is often no less than scathing. Blistering, personal critiques of the Bruins show up on Facebook and Twitter as well, so Dave and the team talk regularly about healthy social media boundaries. To fans, the posts may just seem like words on a screen. But for players, they're perpetually updating performance reviews laden with personal jabs.

Dave prioritizes meeting with each player interested in the chapel program one-on-one as soon as possible. The goal of that meeting? “To hear from them and really listen.”

Dave said that when it comes to the whole team, he sees his role as one of creating opportunities for connection. Every 10-14 days, he facilitates a breakfast gathering before hockey practice. Dave said that anywhere from one-third to one-half of the team shows up each time. They may talk about a tough loss, or they may be celebrating victory. What happens on the ice is part of their time together, but it’s really just the entry point.

Ultimately, Dave wants to point the players to this: accomplishment will never provide a stable sense of well-being. Why? Because God created human beings with intimate desires. And intimate desires can only be satisfied by an intimate God who longs for us as we long for God.

In these men, Dave has found hunger for a story that tells the players they’re more than their latest assist. As he’s talked with players about their lives on and off the ice, Dave has watched the Spirit of God give some of them a vision for lives that contain so much more than hockey.

“I’ve heard people make comments about players who aren’t brawling as quickly as they used to [before participating in the chapel program],” Dave said. “I think a few guys will step out of the game earlier just because life is much more important than the sport.”

And the same goes for Dave. While his life is full of things he loves, at the end of the day, the foundational love, aim, and passion of Dave’s life remain the same — a soul well-tended by and for a loving God.

Dave received his Master of Divinity from Denver Seminary in 2010, specializing in leadership, spiritual formation, and preaching. He has served as a Campus Pastor, Young Adults Pastor, Student Pastor, Student Ministry Director and in other varying ministry roles, and now serves as the Lead Pastor at Crossway Christian Church. He released his first book (co-authored with Paul Borthwick), The Fellowship of the Suffering: How Hardship Shapes Us for Ministry and Mission (IVP) in May 2018. Dave is married to his high school sweetheart, Erin, a licensed mental health counselor. They are the proud parents of two young boys, Dallas and Clive (and their yellow lab, Howdy). The Rippers originally hail from Pittsburgh, PA and love to spend their free time hiking, exploring America's National Parks, and hosting dinner parties.