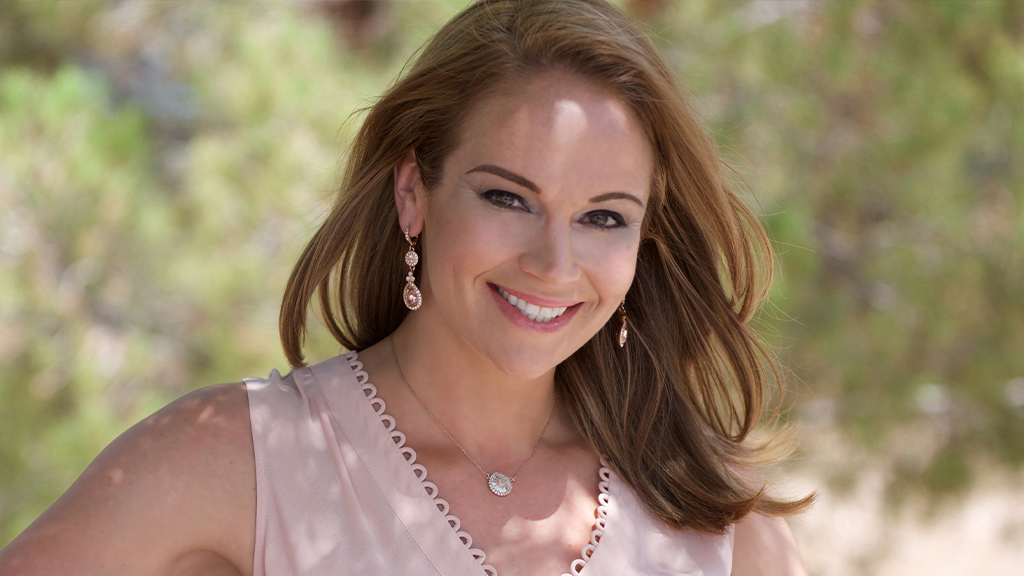 As a veteran of the U.S. Air Force and single mom of two who is fluent in four languages, Deborah Downs is not a typical graduate of Denver Seminary.

Downs entered the MDiv Theology Program at Denver Seminary with plans to write or teach, not intending to pursue pastoral leadership. Now “Rev. Deb,” as her parishioners sometimes call her, is the lead pastor at Christian Center Church in Boulder City, Nevada, a town of 15,000 outside of Las Vegas.

Originally from Southern California, Downs spent most of her childhood in São Paulo, Brazil, where her parents served as missionaries in the Foursquare denomination. Downs joined the US Air Force after high school, and in the following years, she obtained an undergraduate degree in business from Colorado Technical University, served as a Russian linguist in the Air Force, and worked several government contract jobs.

During that time in Colorado, she spent time teaching with her local church. “In the course of teaching, you realize how little you really know,” she said.

While at the Seminary, Downs found two comfort zones: languages and community. A recently single mother of two young children, she quickly found that she could depend on the Seminary’s community to surround her with a supportive network.

“There were so many people who reached out and were part of my network that made it possible to go to class and graduate,” she said. “Denver Seminary is a subculture of its own. Everybody is on your side and wants you to succeed.”

While many students find biblical languages to be a difficult part of their coursework, Downs thrived in that area. Already fluent in English, Spanish, Portuguese, and Russian and conversational in French and Italian, Downs enjoyed the challenge of biblical languages.

“I’ve always loved and appreciated languages. They’re the window through which I see different cultures,” she said. “Some phrases are unique to each language, which gives you a feel for the culture you wouldn’t otherwise get.”

After graduation, Downs took a job in Nevada and began attending Christian Center Church. She was drawn to social programs like food pantries and thrift stores, and in 2016 the church’s leadership asked her to join their staff as the compassions pastor to oversee their outreach ministries and benevolence fund. When the lead pastor stepped down due to health problems, Downs became their interim pastor.

“I’ve always been a strong advocate for women in ministry,” Downs said. “But being an advocate is a different story than actually doing it. I said, ‘I guess I’ll put my money where my mouth is.’”

Although Deborah admits she has always resisted the idea of calling, she acknowledges that her direction with her current position has been clear.

“You have to be confident in what you’re doing and where God is calling you,” she said, thinking especially of women in seminary. “God opens doors for you. This was a door. You have to be faithful to your calling.”

Since her installation on September 2, 2018, Downs has learned a lot. “Pastors need to help other people with their problems,” she said, “but they must also remember to work on themselves.”

“Everybody is broken, myself included, and if I work on myself, people are more likely to follow in my footsteps,” she said. “There’s a DNA to every church, and it feeds off the pastor. Whatever the church’s DNA is, I have to embrace that myself.”

Deborah Downs enjoys writing, running, and CrossFit. In her free time, she helps her husband, Todd, run Boulder Dam Brewing Company. She has two children—Naomi, 16, and Declan, 10—and two stepchildren—Ashlen, 23, and Colsyn, 11.

This article was featured in our Fall 2019 issue of Engage Magazine. To read more, click here.