The Hope of Discovery: A Mentoring Story 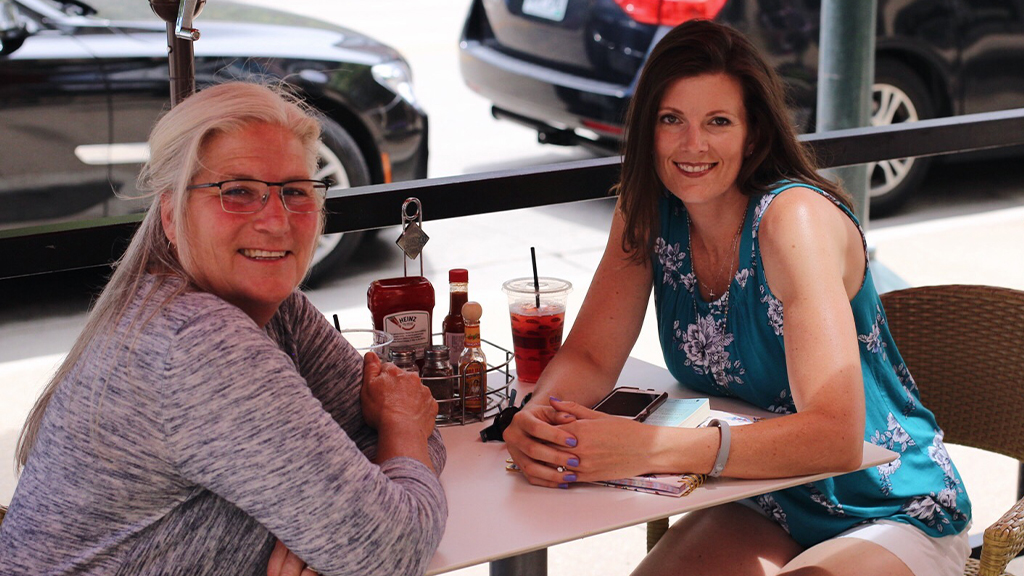 When the training and mentoring program began in 1996 at Denver Seminary, Charlene Canady heard about it and thought, it’s about time!

Her husband, Dan, had been enrolled at Denver Seminary for a few years in the 1980s while they simultaneously pastored and led worship. Though years of pastoring, homeschooling their five children, and prison ministry still lay ahead of them, they were already acquainted with the paradox of both fulfillment and longing in the ministry life. They felt that it would have been helpful if mentoring could have been a part of the seminary experience.

Charlene’s brothers took piano lessons from Ann Grounds, wife of Denver Seminary’s former president Dr. Vernon Grounds, in their childhood. Years later, she watched Dan grow fond of informally visiting with Dr. Grounds. He gleaned helpful insights from Dr. Grounds’ warm, relatable tutelage. His mentorship was so valuable to Dan. Looking back, a regular and intentional mentor for all seminary students could have added heart knowledge to head knowledge.

The birth of Training and Mentoring (TM) in the next decade meant every student would benefit from the influence of a mentor. Having a mentor, Charlene thought, was just the right thing to help young pastors grow in self-awareness. A mentor, she hoped, might even save someone from walking down a road that they should avoid—even if it meant not taking a road into traditional full-time ministry. God increased Charlene’s desire to speak into other people’s lives and she prayed He would bring her a mentee. 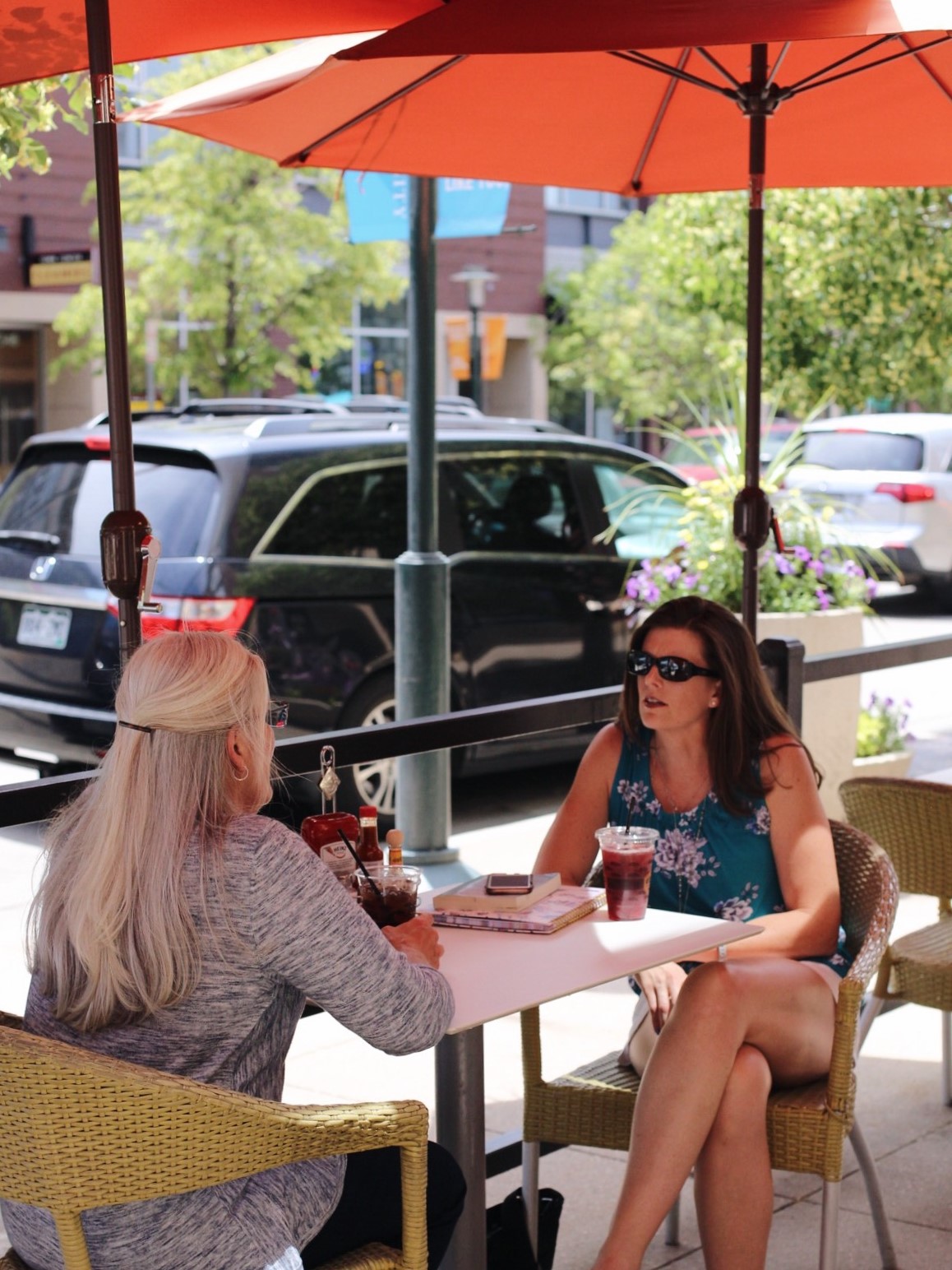 When Jen Bestafka asked Charlene to be her TM mentor in 2017, Charlene immediately agreed. Jen was a newly married woman with a twenty-year career in corporate America and a growing love for her Christian Formation and Soul Care studies at Denver Seminary. Jen deeply desired to grow in Christlikeness, and Charlene wanted to witness her growth.

During the two years of Jen’s TM coursework, which included at least 30 hours of mentoring, it never dawned on them how different their life experiences had really been. The two women were focused on something far deeper than their different lifestyles; they were focused on union with God. Charlene had raised five kids, taught them at home, and participated in ministry with her husband. Jen was newly married after a long career. Their differing experiences didn’t create a barrier, but instead were used as a rich resource for their learning, transcending their backgrounds to let Jesus shape their unity.

Although Jen experienced one nurturing mentor when she came to Christ in her twenties, she later engaged one in her corporate work who left her feeling unseen. Coming into seminary, she wasn’t sure she wanted to be vulnerable again, but her desire to learn and grow outweighed her hesitations. “I [decided] I could come to seminary and read, write, and take tests—and I could also be affected by Jesus as I go,” she explains. That kind of resolve helped her approach her TM curriculum as an opportunity to grow in intimacy with God and others, including her mentor.

As the women reflect on their mentoring experience, they share grateful smiles and an expressive fondness that only comes from a strong bond. Theirs is a relationship built on authenticity.

“There’s never been pretense with us,” Jen gratefully reports.

“We speak the same language and have the same desire to grow in Jesus,” says Charlene. However, they didn’t anticipate how deep that bond would grow until the semester that Jen’s mother was diagnosed with Lewy Body Dementia. As she embarked on an especially isolating caretaking journey, Charlene, who had walked on a very similar road, was her welcome companion.

“To be understood was priceless,” Jen stresses. “[Charlene] was a godsend.”

Jen and Charlene cherish the relational way of learning that mentoring has provided, saying it has brought goodness and fruit into their lives. Charlene has grown as a listener and a sounding board. Jen has grown in her capacity to do deeper self-assessment.

Jen views the student-driven model of mentoring as an opportunity for ownership, which graciously allows Charlene the luxury of being a companion. “She isn’t my teacher or my mom,” says Jen. “She knows when to be hands-off and when to let me process.”

Charlene agrees with the ease of their mutuality, explaining, “She’s there for me, too—and the Holy Spirit is in the midst of it. All the fruitful experiences of my life add up to just being with someone.”

The TM curriculum is what makes Denver Seminary special to Jen, saying, “It would be easy to leave seminary unchanged, but we have the unique chance to fully engage in this formation process.” The key, she believes, is to have a deep desire to grow in relationship to someone else.

If there were no mentoring component, if TM were just about reading a book and completing some spiritual disciplines, she thinks it might be a recipe for egoism.

“On our own, we just set ourselves up for pride,” Jen goes on. “A mentor helps you explore yourself with Jesus. We practice and process with a mentor.” Jen says she is learning that self-awareness grows in the company of others. “To a new student, I would say be open to thinking differently. You don’t want to miss what God is doing.”

Thinking differently means being willing to change some habits. 2 Peter 1:5-7 (NIV) says, “Make every effort to add to your faith goodness; and to goodness, knowledge; and to knowledge, self-control; and to self-control, perseverance; and to perseverance, godliness; and to godliness, mutual affection; and to mutual affection, love.” As if to demonstrate what this passage looks like, Jen thoughtfully designs her self-directed curriculum and engages it earnestly each semester. Struggling becomes a form of learning rather than a sense of failure. Meeting regularly takes effort as well. The women have to arrange to meet somewhere between Denver, Steamboat Springs, and Canon City. What they find is that being purposeful and open doesn’t create barriers. It actually removes them. In fact, Jen says, “TM has given me breathing room.” That’s the outcome of discovering who you truly are.

The structures of life have continued to change for Jen, but this doesn’t make her mentored learning obsolete. She’s gone from a corporate executive, to a wife, to a student, to a caregiver. A leader has to have the capacity to modify and flex, and Jen notes that the skills she hones in TM, such as self-efficacy, self-evaluation, and the internal motivation to learn, are what carry her through all of the changes. “What I know is that I am more agile. I can teach myself to adapt.”

Charlene has learned to modify as well. Initially, she wanted to believe the common suspicion of a new mentor: “I’m not qualified.” Jen laughs at this and notes how Charlene’s life as a wife, a mother, a pastor’s wife, and years of ministry taught her all the skills she needed to be a caring, discerning mentor. Together, they won over Charlene’s inner critic. “It was easy!” Charlene declares with surprise. “I thought it would be harder. I thought it would be like following a syllabus, like something I had to do exactly right. [But really,] it’s sharing life. We’re just following God!”

All those years ago, when Charlene watched Training and Mentoring begin, she never could have dreamed she’d become so intimate with its impact. As she’s walked with Jen, she’s helped Jen discover her own road. Now, with a more missional outlook and a whole-life view of calling, Jen is considering how to view her experience in the corporate world more broadly, and to see it as a benefit. “Maybe I’m here in seminary,” she ventures, “because of who I’m supposed to become, not what I’m supposed to do.” Her own ministry road might lead her back to corporate America or the non-profit world. She’s open. And her mentor helps her discover the way. 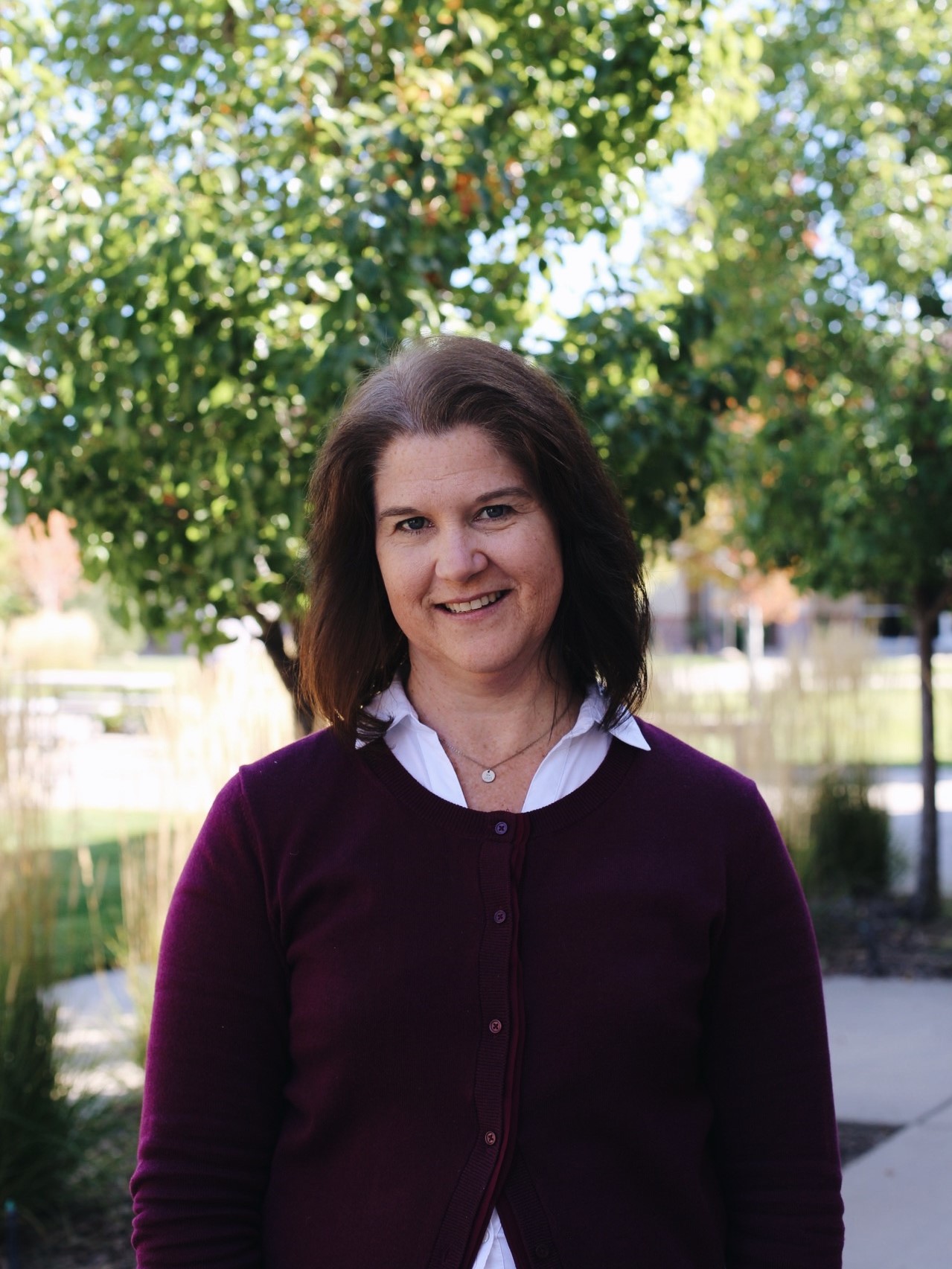 Assistant Lecturer of Training and Mentoring

Debra received her BA in Creative Writing from California State University, Long Beach (1994) and her MA in Christian Education from Golden Gate Theological Seminary (2001). She has been a pastor's wife, church planter, conference speaker, Bible teacher, theological researcher and has written numerous articles and ghostwriting projects for popular Christian authors. A former home-educating mother of three sons, she also previously served the Training and Mentoring department as a formation group mentor and grader. Off campus, Debra teaches her teens to drive, serves on her local cub scout committee, and  hikes with her husband.